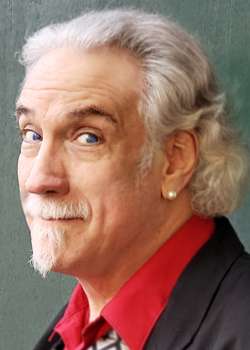 Fiona: A little about your self (ie, your education, family life, etc.).

I was born in Brooklyn but have travelled the world for forty plus years as a stuntman, fight choreographer, swordmaster, jouster, illustrator, storyteller, bodyguard, actor and haunted house barker. One of the things I’m proudest of is having studied under Errol Flynn’s last stunt double. I continue to teach swordwork in New York.

I went to college for art but almost immediately started working in film and television as an actor and stuntman.

I worked regularly as an actor on Guiding Light and all the New York soap operas, alternately doing stunts or acting in over 300 episodes. I’ve worked as an actor and stuntman (in a fight scene with Hawk) on the “Spenser for Hire TV. Series and in episodes of the Equalizer.

My most famous ‘small screen’ appearance was as Vega (and fight choreographer) in the worldwide web series “Street Fighter: The Later Years.”

I went on to serve as a principal performer in front of the camera in over 70 low budget fantasy/horror genre films, often serving in a stunt capacity as well.

As a writer my stories have been printed in scores of magazines from Weird Tales to Mad to Black Belt to Fantasy World Geographic,Sherlock Holmes Mystery, Blazing Adventures and Tales of Old. I have over two-dozen books and anthologies in print in many genres including Steampunk, westerns, mysteries and the best selling SF thriller series The Exceptionals.One was a finalist in the EPIC book awards in 2009.

I am also the winner of the 2012 Pulp Ark Award for best Author.

I have a short story “Popping the Cork “ in an anthology called Guns Vs: Zombies from Henchmen Press this fall and later this fall have Chronicles of the Skullmaskalso coming out from Henchmen Press. It is a collection of linked stories about a paranormal instrument of justice that has a very pulp-inspired feel.

Also Action for Authors, a non-fiction book about how authors can create their own action scenes is coming out from Evil Twin Press by the end of the year.

The earliest exposure to stories were comic books- I learned to read from them- so larger than life- fantasy characters were always a part of my consciousness. Andre Norton’s books- particularly Beastmaster and Lord of Thunder had a big impact on me early on with its unusual hero and different view of the world.

I can’t say how long ago that was or which story it was when I wrote my first story, but I know it was probably a reaction to something I read or saw on T.V.- you know, the “Oh, I can come up with a better ending than that!” I was writing novels already by High School and selling short stories and articles to places like Mad magazine by college.

I have always been a storyteller, first with comic strips and then in prose. It has always been there in my ‘life plan.’ I made the conscious decision that I would pursue it in the early 2000s when I was laid up with a lung ailment and realized that as far as stunt work was concerned I could fall down for ever, but eventually I wouldn’t get up so began to take my writing more seriously as a career path.

Fiona: What inspired you to write your personal book?

Murder Most Faire is a murder mystery about a fight choreographer for a Renaissance Festival whose bet friend is murdered and he finds the killer while putting on the faire. It is based on the very real death of a good friend and a good deal of it is based on real people and events. I wrote it a way to say goodbye to my friend and as a way for the rest of the world to know him.

I needed a title to evoke the pseudo-period feeling of a Renaissance faire and still would call attention to the subject matter.

I am known as a pulp writer with fast moving prose, but for Murder Most Faire I worked very hard to affect a naturalistic, almost conversational tone with only a slight echo of the hard-boiled genre.

I would say that 75 % of the book was based on real events, albeit shuffled and rearranged to fit a mystery narrative, and the people were often based on real people I knew (either actually or as composites of several).

I did 60 renaissance faires before hanging up my doublet, so I know the world well.

I don’t specifically travel for my writing, but everywhere I have been is fodder for my stories and I often incorporate real places in my work, even period stuff I will use what  have seen/experience with additional research.

I have been lucky enough to design and illustrate the covers to some of my books (I was trained as a book illustrator) like for Chronicles of the Skullmask ,but other publishers have policies against authors doing their own covers. However, even when I do not do the cover, as in Year of Shadows for Pro Se Press I was able to supply artwork to show exactly how I saw the main character and the artist used it as a guide.

I have a particular dislike for cookie-cutter photo covers that too many publishers use and push for actual artwork whenever I have the choice for my books.

All my books have an underlying of message of some sort, I try to make them about more than just plot (though that matters, of course). Murder Most Faire is about how to deal with loss, Chronicles of the Skullmasktalks about the need for justice and dealing with personal pain in the multiple stories.

Derrick Ferguson is one of the new pulp writers that impresses me with his variety, and James Chambers, an award horror writer (though he has written in many genres) is one of the best of the ‘new’ writers.

As to the writers who ‘shaped me’ first and foremost is Edgar Rice Burroughs with his Mars series, then Robert E. Howard who had a wide range of stories beside the most famous, Conan, Lester Dent with his Doc Savage books, then Andre Norton, Poe, DashillHammet, Mickey Spillane and the Modesty Blaise books by Peter O’Donell

All pretty much pure adventure.

My first professional editor, Joan McNulty-Pulver was such a wonderful, caring and guiding person I will always owe her. Next my friend and fellow writer Carol Gyzander is unfailing in supporting my madness…

If by career you mean something that will make me rich—not so much. A calling—something I can not avoid doing because it is an inner fire—that is much more like it.

Each book is its own creature, its own journey. Some are easy and just flow, some are harder to get down, but when I am done, I am done. I don’t release anything ‘into the wild’ until I am happy with it.

Again, every book is unique and I try to stretch with each new book in form and technique, so I am always learning.

I don’t play this game since I see the characters as real people already, that is for others to do.

Read everything you can and write what your heart calls you to; if you try to write specifically to sell to some market you will sour yourself on the process, especially if it is turned down. You have to enjoy it for itself and hope others will love it as much.

I promise that I will never write a story where I don’t care for my characters and hopefully will encourage my readers to. And I believe in hope, even in the darkest stories.

Oh, probably a comic book, but all I know is I read anything I could from kindergarten on….

Cry? Cruelty in any form.

I would love to have trained with Bruce Lee, or Jock Mahoney.

And sit and have along conversation with Bob Howard, he was an incredibly well read man and fascinating.

My hobbies are my obsessions—martial arts, old films and art. They all rotate in imporatnace.

I watch a lot of classic television, old westerns and adventure films.

Continue to tell stories with my body—act, continue to teach sword and storytell at faires….

Spend time with my daughter and doing my best to contact all those in my loved ones and let them know I cared.

I’ll be right back…

My website that links to my blog is http://theurbanswashbuckler.com/ 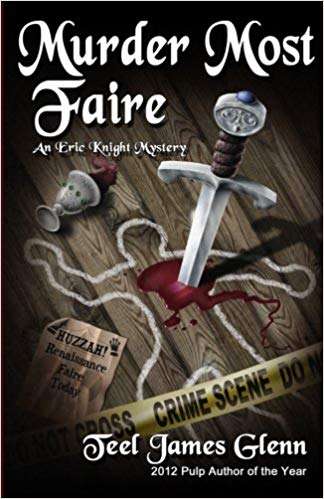 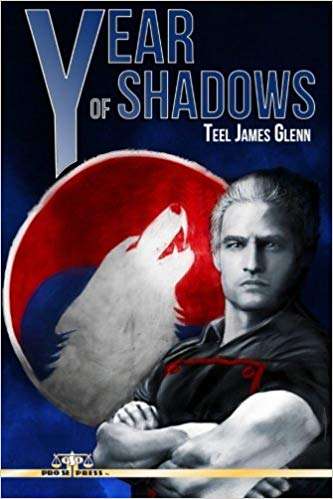 3 thoughts on “Here is my interview with Teel James Glenn”