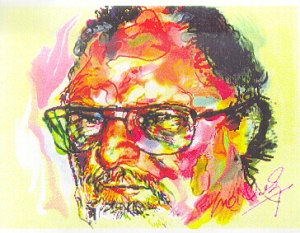 I was born on a farm along the Sauk Indian Trail in Northern Illinois that my mother’s family homesteaded nearly 100 years earlier in 1843 back when the Sauk Indians used it to follow the migrating deer herds.  I wrote about some of that in

I went to grade school at St. Liborius.  St Liborius the saint himself is the patron saint of gall stones.  You can google him and see he’s holding a book with some gall stones on it, but I also know it is true because I had gall stones.  Well, actually bladder stones.  But they hurt just as much.

I have a BA in English, a BS in Geology and grad studies in English, Oriental History, Philosophy and Religion.  I have some rudimentary knowledge of French and Vietnamese.

I just finished adapting one of my action/thriller novels to screenplay format.

And I was interviewed four hours straight for a doc on work I did on Steve McQueen’s racing picture Le Mans.  They ended up using a few minutes of the ancient me blathering on about the old days. 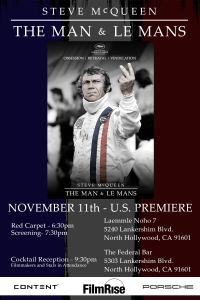 I had two teachers, Mrs Paulson in English, and Mrs North in Drama, who believed I might not have to spend my life filling paint cans at the DeSoto Paint Factory or up on the hot beds at the Inland Steel mill in South Chicago Heights.

I’m still working at becoming one serious readers might take seriously.  Here’s a sketch of me with Hemingway’s foot showing where I’m at so far.

I left a graduate fellowship in English at UCLA to see a war.  I signed up for the army,  studied Vietnamese and Oriental history, culture and philosophy, I was in military intelligence, I learned code breaking at the Puzzle Palace and was stationed in Saigon.  I thought I knew enough about that conflict to write about it.  I moonlighted hosting a radio show on VTVN Radio Saigon.  Here’s a picture of my staff.  My show, The Happy Jack Platter Shop got very high ratings.

Well, the first book I wrote was titled IN THE INTEREST OF NATIONAL SECURITY.  After pitching it for 20 years I realized nobody was going to buy it.  A writer friend of mine, a very talented black guy, told me I was doing everything wrong.  He said I had to write about the most shocking, horrible, disgusting thing I’d experienced .  I did that (and added an unlikely romantic relationship).  I called it CRAZYHEAD and Ivy Press (owned by Random House) snapped it up.  Dien Cai Dao is Vietamese for ‘bats in the head’.  It was a common expression back then, bastardized to “Dinky Dao”, as in “You too much dinky dao, G.I.” 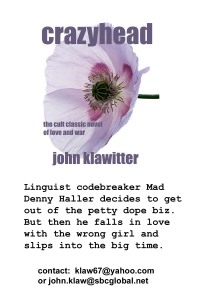 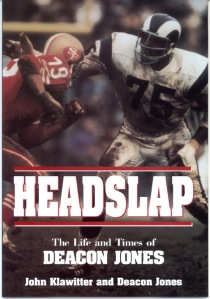 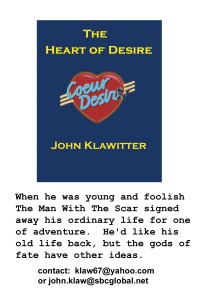 I don’t feel comfortable unless I write about things I know.  War.  Advertising. Show Business.

No, but it helps.  Here I am at Saigon’s Tan Son Nhut airport.  Some of my experiences appear in the four books we did called TANS (That Aint No Shit) 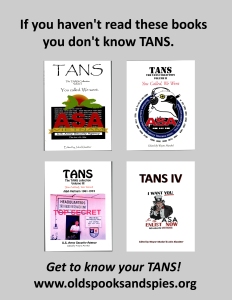 Most of my covers are GREAT!  Some are designed by Deron Douglas and others by Bronco Bradley Merville.  The few that aren’t great I designed myself.

Always.  But I’m not always successful at it.  I wrote a manuscript titled “Mission 993” (as of yet unpublished) and my agent got in a big argument with me over the fact that it had a process of genetic selection as part of the mission.

New writers: I like Jacquie Rogers and Ann Charles for Western Romance.

Favorite writers:  I admire Hemingway and Elmore Leonard, Robert B. Parker, Anne Pruelx (Her Tits Up In A Ditch is a marvel; young writers can google it up from The New Yorker and read it free), early Stephen King when he still had his juice,  Janet Evanovich’s Stephanie Plum,

Telling stories is a way of life.  Here’s me directing second unit on the set of Disney’s Something Wicked This Way Comes.  I got to shoot the tarantulas, a few shots of River Phoenix, and Ray Bradbury, too, Ray in a promo for the film, and I produced a half hour radio show voiced by Orson Wells.  I’d like to say I directed Orson, too, but I didn’t.  Nobody but Orson ever directed Orson.

Yes.  That’s why I’m rewriting the one I’m writing now.

While writing it I read one of the novels written by one of my heroes.  Read it six times.  Studied it.  If you are a serious writer, you have to do that or you end up like Robert B. Parker, writing the same Spenser novel over and over and over again.

I don’t know.  I try not to think that way.  The producer and the director are going to have their own ideas anyway.  You secretly and quietly try to inspire them to your direction without annoying them too much. Here I am on location for a wine commercial.  The pointing cameraman is telling me the waves are too rough to go out there.  “Crap,” I say, “I’ll do it myself.”  He was right and I nearly drowned.

You’re just the writer.  You are a conduit.  Your books, your stories, your ideas are what other people are interested in.  Nobody knows very much about Shakespeare but everybody knows Lady Macbeth’s cry, “Out, out, damn spot!

Here is a shot of me directing Goofy.

Professional experience with what you are writing about helps you to write interesting insights only you can know.

If you’re not attracted to the things I write about, please read somebody else with any blessings I can bestow.  Reading is a fulfilling sport.  Believe me, there are more great authors out there than you will ever have time to read. 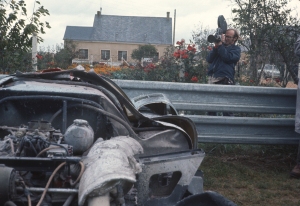 Daredevils of the Air.  Then John Carter of Mars, Princess of Mars, Tarzan of the Apes, In Darkest Africa,Kidnapped, Treasure Island… but probably not in that order.

They tell me when I came back from Nam I didn’t laugh for a year.  Then I accidentally crashed a model airplane I’d taken months to build.  I cry too easily in good movies.

I guess I’d like to see if Jesus really could walk on water.  Seriously; it would solve a lot of questions I have.

Movies: The Piano.  The English Patient  (I saw both of these at the DGA and I stood up and gaped in awe at each opening.  They let you do that.)

Colors: I love to use the color spectrum that guides you down to active meditation.

I don’t want a headstone because that would probably mean I’m dead. 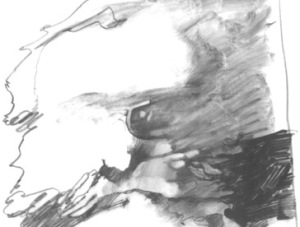 There are a half-dozen of my war short stories free reading at www.oldspooksandspies.org

Most of my books are available at www.amazon.com , www.bn.com , and

About a dozen of my novellas and short stories are available in J.Richard Jacobs classic sci fi anthologies Twisted Tails (Vols. III through IX)

I recorded a half dozen of my books as audio novels.  They were up at audible.com for a while but I pulled them because I couldn’t market them strongly enough and I thought that was unfair.

10 thoughts on “Here is my interview with John Michael Klawitter”