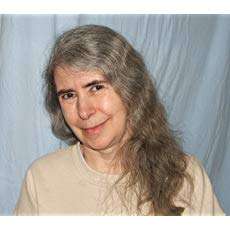 I am Teresa Kuhl. I will also answer to Tigger, a nickname I earned in a writing group I share with Jana. I’m presently 53, but will be celebrating a birthday soon. Happy Birthday to Me!

I was born in Virginia, but bounced back and forth between Virginia and Tennessee for a while. I consider myself a bit of a nomad.

My life? Well- it is fairly quiet, and that’s the way I usually like it. I don’t handle excess noise well at all! I did attend college at Christopher Newport for a year after I graduated from high school before Real Life ™ knocked me for a loop. I did return to college again, this time at University of Phoenix Online where I obtained my Bachelor’s Degree in Business management. It’s a fascinating field, but be prepared to spend whole nights with textbooks and research materials! I do enjoy music and reading, and indulge in roleplay both via email and in real time. I also enjoy creating art or crocheting. My husband- a true knight in shining armor!- and my kitties keep my busy. He, my mother, and Jana and friends have all encouraged my writing.

I just finished arranging for a hardcopy version of Pluto’s Promise to be made available. It will be live soon. I also recently finished writing another story- which I will tell you about when it’s live!

I’ve always been a writer. My very first story was about how my best friend at that time and I helped Paul Bunyan save his friends from a flood of pancake batter. It may sound like a silly thing, but it was something I could do for pleasure without getting into trouble.

That’s a hard question to really answer: Reading has always been a part of my life, so writing was a natural extension of it. The statement I Am A Writer started standing out a bit more, I think, back in the 80’s when I decided I needed to do something with all the stories in my head. Some of them will probably never get published, but who knows?

Which first book? I have several in the works, including a couple I started before Pluto’s Promise. About Pluto’s Promise, though- I always wondered what might happen if a group of astronauts, upon learning that those in power behind them were less than honourable, decided to go rogue. That’s not exactly the premise behind the tale, but I did decide to explore the subject.

Stories about lunar and Marian colonies have been written forever, by some amazing authors. I decided I needed to move a little bit further out in the solar system. Saturn, Neptune, Jupiter, and Uranus aren’t exactly viable worlds for us humans. Thus, I chose Pluto to be the destination for my adventurers. Considering what they left behind them, they needed something to hold onto. Thus, they needed a promise.

I’ve ghost-written for a few writers experiencing difficulty in my writing groups, so I have learned a certain amount of flexibility. My biggest challenge is that I’m very picky about what words I use for my characters: Some of them literally don’t think like anyone else, so it is hard to describe what is going on in their minds. I wouldn’t have it any other way.

A few characters are loosely modelled after people I know, and I did do some research about the setting because I wanted it to be reasonable instead of a whole lot of flim-flam.

Most of the time, I travel via the Internet. Road trips aren’t often in my plans, much as I would enjoy seeing some things in person.

I designed the one for Pluto’s Promise, but do have an artist in mind for my next story.

I didn’t think about that while writing the story, but I think the thing I most want my readers to see  is that we must learn to work together. If we don’t, we stand to lose everything. There is one thing that sticks in my mind with every story I write: I believe that the collective subconscious of the human species is aware that there is a huge problem, and is frantically searching for solutions.

There is Jana, of course: We pretty much grew into our powers as writers together. Too, last year I had the amazing fortune of getting an e-book from Rachel Rawlings. I highly recommend that you read her Jax Rhodes series. Be aware that there are a few rough spots in the book not suitable for anyone under 18.

The writing group I mentioned several times, Elysium, helped me to develop my writing skills so I could write something besides fantasy and science fiction. The group offered several different ‘environments’ to write in, from worlds of tech to modern fantasy to even something like high fantasy. It was very good practice. One of my fellow writers- a fine man by the name of George Jungle- insisted that I gather my stories and publish them. He died several years ago from complications from brittle bone disease, but he always thought kindly and highly of us. I consider it an honor to write in his memory.

Absolutely! It’s what I do best.

I might tweak a few technical things and try harder to find a professional editor because several passages didn’t exactly feel right. Otherwise, no.

Yes, I did. I learned a lot about how Pluto compares to Earth in terms of gravitational force and escape velocity. The people at NASA were very helpful in supplying images that I could use to check against the scenes I was writing, and kept me from some massive mistakes that would have come back to haunt me later!

I haven’t even considered who would act in a film made of Pluto’s Promise! I would need several performers, though: The protagonists don’t act  alone.

If you have a story you want to write, write it. You can go back and correct the spelling and grammatical errors when you’re done.

If something isn’t broke, don’t fix it. But if it is broken, fix it and don’t be afraid to try new things. And don’t let anyone tell you you can’t do something!

I’m presently reading Elfquest, a graphical novel by Wendy and Richard Pini. Before that, I read Nature’s End by Whitley Strieber and James Kunetka.

I think the first book I read was a great big beautiful book of Bible stories, with a lot of lovely pictures. By the time I started 1st grade, the Run Spot Run books had nothing to teach me- except maybe diction.

I dare you to not laugh at the antics of a cat chasing a toy all over the house! Or a dog wiggling all over himself because he’s so happy to see you! Or some of the old classic Bugs Bunny cartoons: Modern youngsters really get cheated because they don’t get to watch some of the old stuff. As for what makes me cry- I try not to think about that too much, though there are things that bother me. I do cry over the ending of Robin Hood, where Robin dies in Little John’s arms.

I can think of several. One of them is an amazing woman named Maya Angelou. She was a poet, as renowned for her wisdom as her poetry. I had the honor of following her for a while on Facebook. Her last post about two weeks before she died was about how she had cancelled a speaking engagement at the advice of her doctors: She had heart problems. But she told us she felt stronger every day.

I read, write, and roleplay a lot. I also indulge in art: The Paintshop Pro program is a wonderful thing! Too, I crochet and have made several afghans, scarves, and a few other items.

I seldom watch television. When I do, I prefer educational program, British comedies, and good mysteries. Once in a while, I look up old episodes of The A Team, Doctor Who, or Star Trek.

My musical tastes are a bit eclectic: From classical to old and modern country to pop to Celtic to rock and metal to even a little bit of new wave. You won’t catch me listening to rap, though! Yuck! Red and blue are my favorite colors. Sometimes I deliberately use others so I won’t get stuck in an artistic rut. Food? Ahh, marvellous subject! Tex-Mex, Italian, pizza, good hamburgers! I used to work in a Delicatessen and learned recipes for wonderful toasted subs and sandwiches, and for gazpacho- which is a wonderful cold vegetable soup.

I would find a way to record words or otherwise create. If I don’t, I might as well be six feet under.

Mountain-climbing. I got to do that a few times. The wind was scary, but the views were spectacular.

She did what she loved, with no regrets. 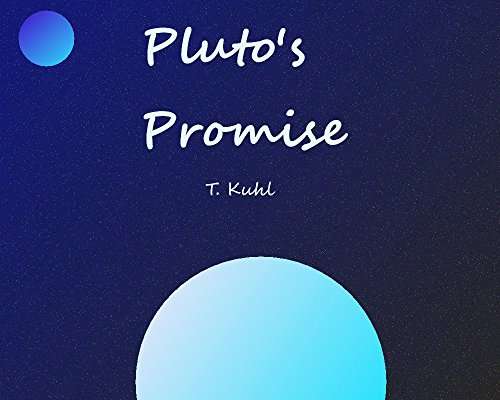 3 thoughts on “Here is my interview with Teresa Kuhl”