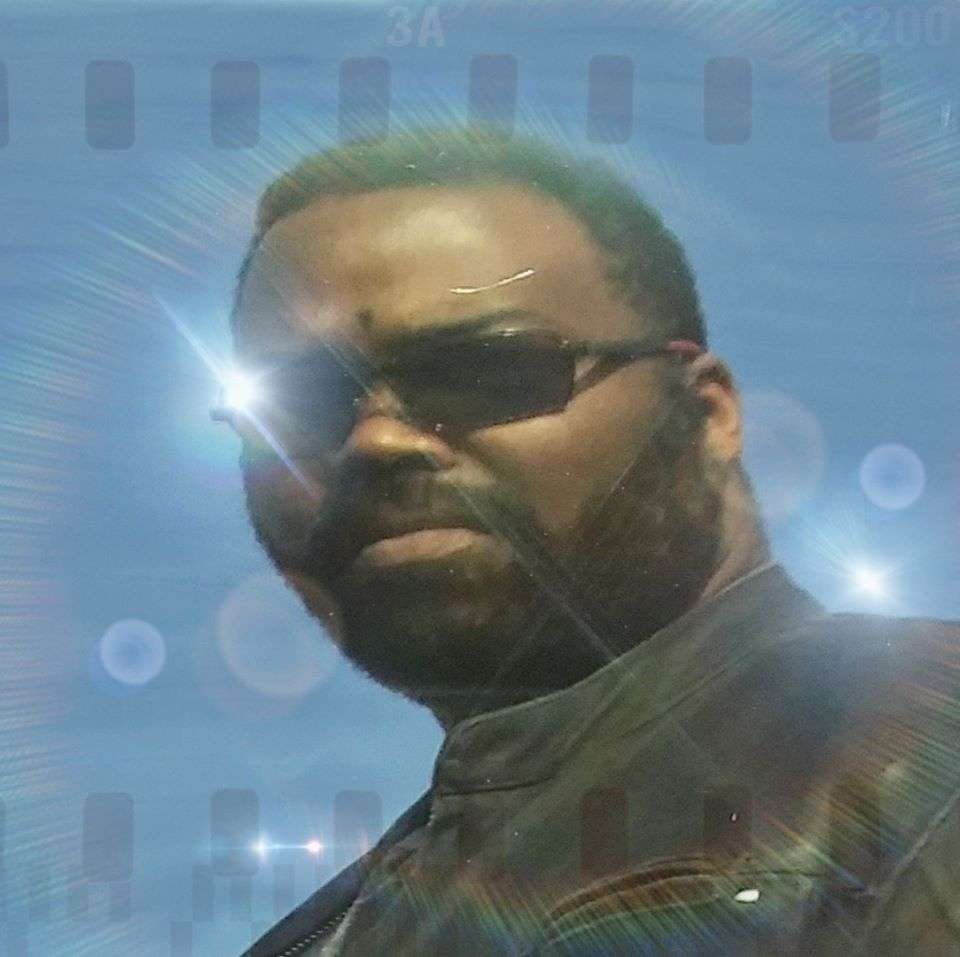 Eberechukwu:  My name is Eberechukwu Samir Cooper, its pronounced (Ah-berry Chu Kwoo) It sound kind of like you are chewing on a berry and there is a bird in the tree that is cooing Ahberry-ChooKwoo. The “Koo” sound is pronounced with a “W” simultaneously “Kwu” I am 39 years old. Manny people have trouble pronouncing an Ebo African name so I also have a nickname or two. Some know me as Jack E.S Cooper. I prefer to be called Eberechukwu or Chukwu

Eberechukwu: Im was born in Kettering, Ohio in the USA, which is about 15mn from Dayton, Ohio. I have lived in Dayton, Ohio almost all of my life.

Eberechukwu: I graduated from a highschool named Colonel White which was a school for the arts, or what’s referred to here as an “arts magnet” I took acting, visual arts, ballet and music. After high school I went to trade school and learned automotive technology and also took photography and drawing. I was given an apprenticeship as a mechanic, then a few years later earned a degree in EET Electronics Applied Science, additionally I also had some education in physics.

Eberechukwu: I am starring in a really big play called The Face of Emmet Till which is being directed by Joyce Barnes and was written by Mamie Till-Mobley and David Bar III. I am also starring in an action series soon to come out, named Decoy Winter.

Eberechukwu: I started writing seriously in 2010. I was working on a sci-fi book originally named “Star Bird” but I later changed the name to Ashardrah (Ah-shard-ruh) which was named after a starship that I designed as a teenager, when I was in highschool. I never expected to write, and I wasn’t  too keen on spelling and barely payed attention in English class. My stories came from very vivid daydreams that I would frequently have which were my escape from very harsh circumstances that I was facing on a daily basis, such as; escaping homelessesness, living in a really hostile part of the city in Columbus, Ohio and dealing with crazy people while facing the possibility of the failing health of a loved one. I started writing because a beautiful woman who was both a master chef an author kept encouraging me too. At first I didn’t pay attention to what she was saying, but then after she kept pushing me I began to write.

Eberechukwu: After I published my first book and it caught some attention, after that I began writing again and produced part II of Ashardrah which is actually one of many in its series to come. I also have a comic book in the works as well.

Eberechukwu: Many life events that were extremely challenging, some with heavy odds or even situations that seemed insurmountable or hopeless. I didn’t start writing because I was a professional like the one who encouraged me. I was in a way chronicling my escape into another universe. I started writing because I realized I had a very special story to tell, much of it which was based off of my life and life experiences.

Eberechukwu: I was really fond of the names of the women of my culture within my immediate community. Some considered them “ghetto” but I’ve always been in love with the uniqueness of the names, like; Sha-NiQua or Ay, La-NiQue or Tyra. So I decided to give my story the same name I gave my ship, I wanted to give it a name that sounded like a sistuh’s (“sis-stuh” or African American women’s) name from the future. An urban female name thats high tech…

Eberechukwu: No, because I like to break the rules and write in a way that’s uncanny, yet true to life. I don’t censor things because reality doesn’t either. However I do suppose that is a challenge in itself, because some people that read my books have had an issue with how raw I am, and the fact that I mix genre’s as well.

Eberechukwu: I would say about 85-90% except I changed things around in creative ways. For instance; my character who’s name is Eberechukwu Amadi travels around in a spaceship which he is linked too; I have traveled to other countries before in jumbo jets and met people from other cultures. Thats real life, but in the books or comics those people I met are aliens. The opposition I fought against in life that seems crazy, I wrote it in the story but made some changes to how things happened. Basically I turned my life into sci-fi.

Eberechukwu: As a teenager my Mother took me to various other countries in the world, so that helped a lot. I’m also on the road constantly, so much so that I’v felt like I am actually apart of the car, which is not to far off from my character in the story. Other than that I just keep daydreaming and writing it down.

Eberechukwu: I did. I rented a photography studio and a camera, got a beautiful model and started taking pictures. I also got my mothers permission to use my late stepfather; Kim Winchster’s photo in the picture as one of the good guys and stars of the story, because my stepfather was my hero as a child. I looked at him like he was my real father. I finished the design using an app on my phone.

Eberechukwu: Yes. I want to showcase the challenges and great odds that a bratha (Bruh-the) “black man” faces. The things we deal with in the world encountering racism, sabotage, oppression yet still manage to prevail. I wanted to produce a character whose vastly different from the norm and who has the courage to be unique and stand up for what’s right even though he may have an edge or some imperfections at times.

Eberechukwu: Steven King. I love how dark he is, one of my favorite things that he did was the movie “The Mist” I love plot twist and irony,  I also have a thing for horror as well..

Eberechukwu: My Mom did. She is really proud of me and was surprised that I did it.

Eberechukwu: Yes, I write scripts now too for the movies I direct. The last script a wrote was for an action film named “Decoy Winter” which we are filming now.

Eberechukwu: Yes and NO. No, because I love my story but yes, because if I rewrote it I would make  it a little bit more bizarre, surreal and paranormal. But after all, that’s what scripts are for….

Eberechukwu: Yes, I learned it’s better to write, let it flow and then edit.

Eberechukwu: I would want to play the lead myself. However if that for some reason wasn’t an option, I’d want Tyler Perry to play my character

Eberechukwu: Use your imagination, be creative, trust yourself and let it flow and then rewrite when needed.

Eberechukwu: To my instagram followers and all fans, thank you so much for having an underground following of Ashardrah. Thank you for being enthusiastic yet patient, there is more to come. Thanks to you, Ashardrah continues…

Eberechukwu: Now I’m reading the script for The Face of Emmett till. Im making sure I got every line right because it’s now as I am writing this 27 days until curtains.

Eberechukwu: The Berenstain Bears, I read that book when I was little.

Eberechukwu: Steave Harvey and Nephew Tommy make me laugh in the morning on the radio. Seeing humans suffering especially that of my people makes me cry,

Eberechukwu: Jesus, to have some really important questions answered..

Eberechukwu: I enjoy watching the Twilight Zone and a show on Netflix called “You”

Eberechukwu: My favorite foods? Chinese. My favorite color is Blue and believe it or not, my favorite type of music is Heavy Metal.

Eberechukwu: ART, I would do sculpture, painting and other forms.

Eberechukwu: First with loved ones, then Id go drive my car and take it to 140 on the dashboard, do some donuts in it and other crazy stuff. I’d make a really short-short film with some friends and tell those close to me I love them and when the curtains close Ill see them at the next play in another life as a different character..

Eberechukwu:  Fear not, for I am with you in the invisible, the realm of the unseen…

Eberechukwu: Yes, my readers and fans can follow Ashardrah on instagram @ashardrah to keep up with updates and also they can follow me personally as an actor and in general @blackaction_hero  I will be working on a website on Wix or Square space soon as well so stay tuned! 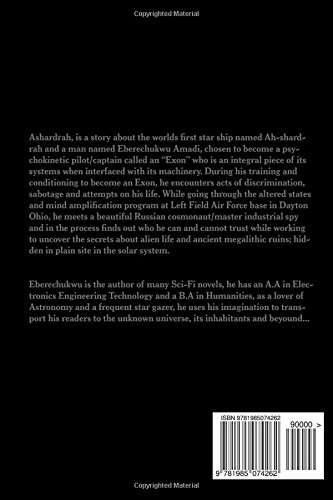 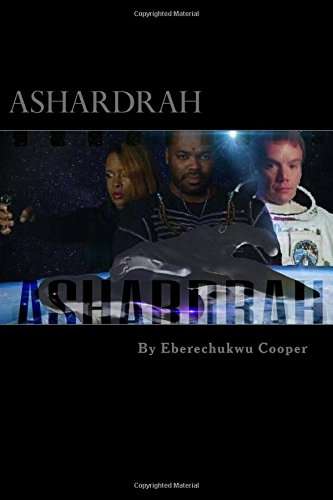 2 thoughts on “Here is my interview with Eberechukwu Samir Cooper”