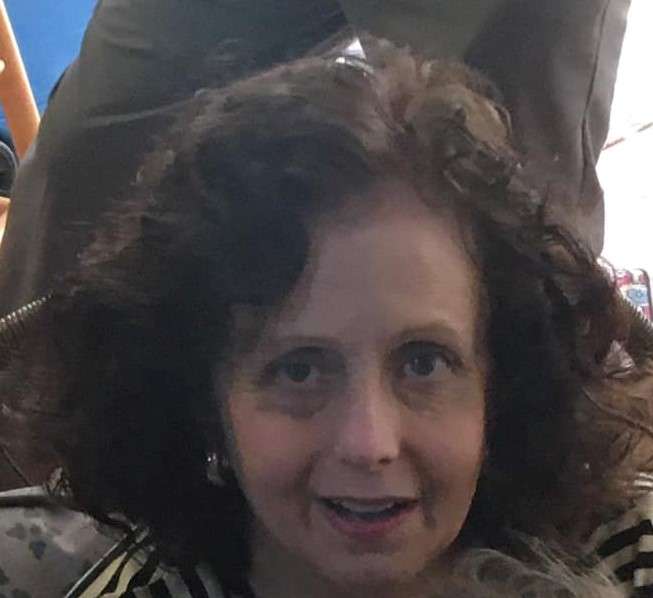 I was born in Newport News, Va and moved to Leland, NC when I was 8 years old and have lived in the area since then.

I am married with three grown children, four grandchildren and one great granddaughter. I have five guinea pigs, 3 birds, three dogs and several fish.  I’m never not busy. Life is always hectic, and I get stressed easily but I know I am blessed.

The latest is I am creating hardback copies of my books through Lulu Publishing. They will be special editions complete with dust covers. I’m also working on the series sequel, Beyond Cedar Cove, which I hope will be a trilogy.

I actually began writing as a child. My sister and I created a story called “The Grumpfaires,” about the Big Bad Wolf and his family. Most of it was just two little girls’ imaginations. At first we just told each other our side of the story after we went to bed. When we got older, I would write out scenes and she would draw pictures, sort of like a comic. We worked on The Grumpfaires from the time I was around four until after I turned ten and we grew tired of it. After that, I wrote my first novel at age 14. My English teacher read it and told me I needed to work on my plot line but that I had a good mind for dialogue. Later on, during a time of deep depression, I threw it away, something I’ve always regretted.

After I published Todd, The Cedar Cove Chronicles, Book One. Even though I’ve written since childhood, I didn’t consider myself a real writer until I had an actual book to show for it.

When I was growing up, I used to listen to my father and aunt talk about their neighbour who would get drunk and hold his children over an old-fashioned water well for punishment. Then his wife would come get my Grandfather to help talk him out of dropping the child in the well. I would listen and think of how scary it must have been for the child. I’d seen old water wells and looked down them, the depth frightening.

I’d never planned on doing a story based on the well memories, but I knew I wanted to write. The only problem was what to write. I’d come up with several beginnings that went nowhere. Then I had a vision one night of a young boy walking down the dirt road of a farm. Off in the distance, looking deceptively innocent was the well. The farm looked like my Grandfather’s farm. I knew right away who the boy was and knew that his family would suffer from living next door to an alcoholic who abused his children by threatening to drop them in a deep dark well.

I could never think of a good title. When I was writing I just used Todd as my title on Word and it stuck. My husband helped me edit and we went from saying, “The book” or “The Story” to saying “Todd.” Afterwards, each book in the series is named after the main characters or character in that particular book.

I write when I’m inspired. I do not write daily just to be writing. I’ve tried and it doesn’t work for me. I’ve heard the saying, “writers write,” which is true, but I have to be inspired for it to be good. I do think of stories every day, my characters, plot lines, etc., even if I don’t write that day.

My books are loosely based on real life, but most of it comes from my imagination, from me asking myself ‘what if?’

I haven’t so far.

To trust in the Lord, to be willing to forgive, and that family is a gift from God.

I read a lot of Stephen King and love most of his work. I like the way he sets the scene and draws you in. But my absolute favorite writer is Betty Smith, who wrote A Tree Grows in Brooklyn. I discovered her as a child and fell in love with A Tree Grows in Brooklyn. I’ve read it several times. I’ve also read her other books, Tomorrow will be Better, Joy Comes in the Morning and Maggie-Now. She creates realistic characters with families and knits their stories together. I’ve been inspired greatly by her work.

I have several wonderful friends who support my writing.  They are sort of like my own personal book club, encouraging me and always anxious for the next book.

Yes and no. I make a little money from it and I don’t work away from home, so I guess it’s sort of a career. Mostly though, I write because I love it.

No, I’m satisfied with Lilly Jean, The Cedar Cove Chronicles, Book Six. It turned out exactly how I wanted it.

I did a lot of research on student nurses in the 50’s and learned about diploma nurses, which I had no idea existed until I did my research. After that, I had Lilly Jean began her quest to become a diploma nurse.

I would love to see Todd become a film. I would like to see an unknown young boy play Todd. To give someone else the chance to start their dream career.

Be yourself and don’t give up. If you have long moments of drought, don’t let it make you give up entirely. I’ve gone for years without writing and then came back to it. If it’s meant for you to write, you’ll find a way and find inspiration in something

Thanks for your support. I can’t say that enough.

I don’t remember learning how to read. My parents read to me from the time I was a baby. We had a house full of Little Golden Books.  When we would buy groceries, my parents always bought us a book or a toy. The book I remember most was a paperback called, “Alice Gets a New Look,” about a little girl getting glasses. I remember looking at that book for the longest time at the end of the checkout counter, wanting it so badly. My sister was getting a small wooden airplane and usually we got the same things, but on that day, I talked Mama into letting me have the book and Laura got her airplane. The first chapter book I read was Disney’s version of Jungle Book.

So many different things. I laugh with my family, at watching my granddaughter play and grow. My youngest granddaughter is 15 months and my great granddaughter is 3 months. My children and grandchildren have provided me with so much inspiration.  I cry because I am emotional and of course throughout 58 years of living, there have been down periods. I get depressed easily. I sometimes feel that I’m not enough, that I’m responsible for more than I really am. Stress makes me cry.

My Grandmother Ellen. She passed away when I was two, so I never really knew her. I’ve been told that I look like her. My Daddy and all his brothers and sisters always spoke so highly of her. She didn’t write but she told them stories to keep them entertained. I would love to sit down and have a long conversation with her, hug her and tell her I love her.

Besides writing and reading, I love to crochet and cook.

I love a variety of food, so I don’t really have a favorite. It’s the same with colors and music. I think all colors are pretty in their own way. As for music, I grew up listening to country, rock and bluegrasss. We had one of those big stereos that held 6 records. We would go from listening to The Bee Gees to Jim Reeves to Bill Monroe to Abba to Sonny James and KC and the Sunshine Band. If music is good, it’s good no matter the genre or the age of the song.

Take care of my family, which I do already.

She tried her best in everything she did.

I’m bad at updating it, but my website is https://cynrellia.wixsite.com/cedarcovelife 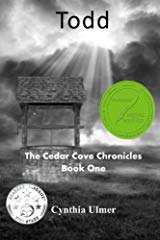 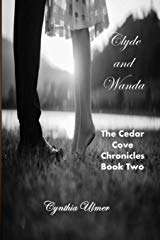 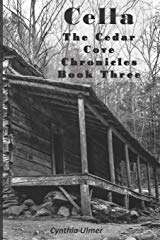 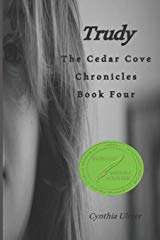 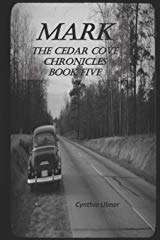 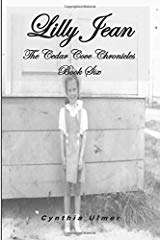 2 thoughts on “Here is my interview with Cynthia Ulmer”