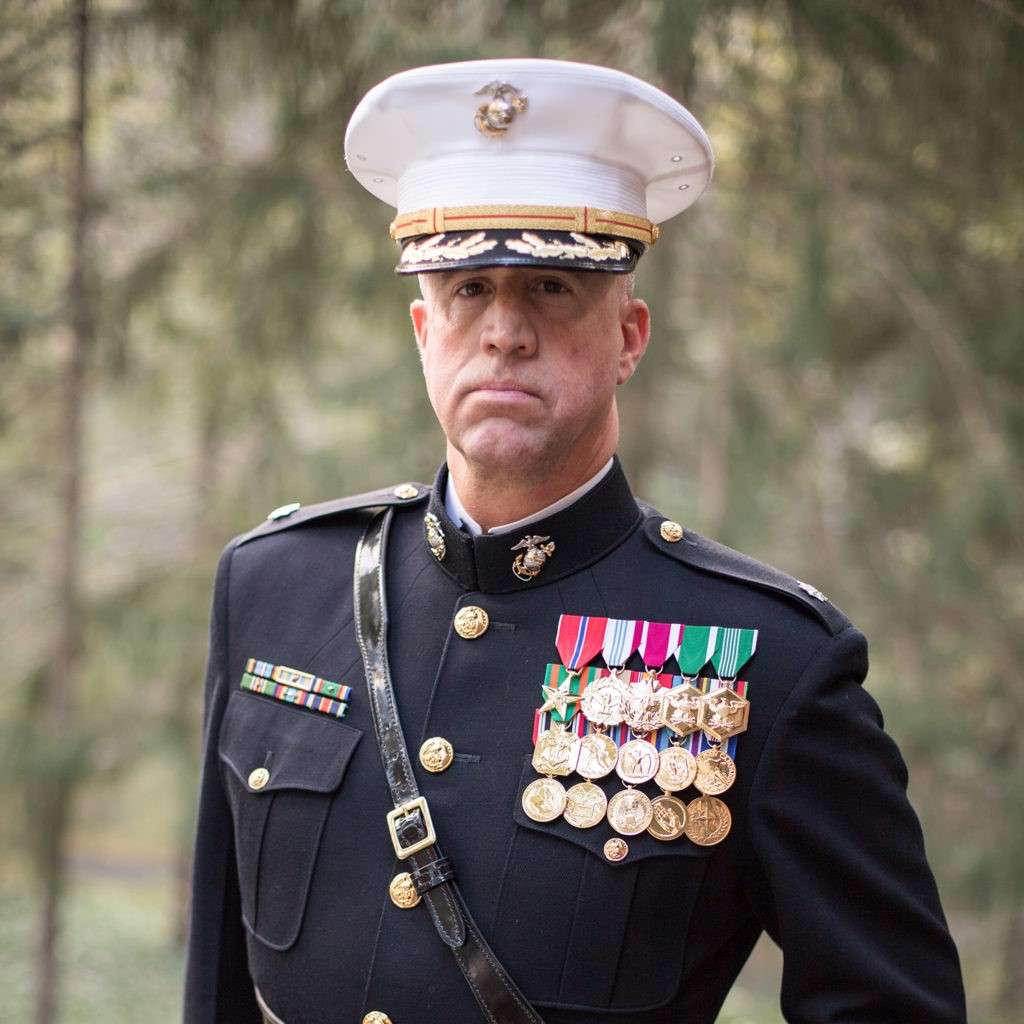 Hey Fiona, my name is Hunter Ripley Rawlings IV, a very pompous name, to be sure, but it’s mine and I come from a long line of hunters – both literally and figuratively. I just go by ‘Rip’ amongst friends. Age: I’m in… my late forties! I still tell my kids I’m in my 30’s every time they ask, and they still believe me.

I was born in the mountains of Colorado, but my family is from an old family from Tidewater Virginia and from a new immigrant, but strong, auto working family from Michigan.

I signed a 2 book deal with Kensington for another, slightly different military thriller series due out in November of this year (2020) and next year. And, I retired from the Marine Corps last summer after 23-years of backbreaking work. Yes, the Corps literally broke my back. I had back surgery in February of last year which is one of the reasons I decided to retire.

I started writing short stories when I was about 12. I fell in love with reading, became a bookworm and when the sun went down and my parents called me inside from playing I’d read after dinner until bedtime. Once I hit Highschool I began writing and reading quite a bit more. I can credit wonderful teachers for inspiring me to read and write ever more challenging books and introducing more thrilling and complex themes.

Yeesh… don’t we all ‘think’ we’re writers at age 12? I imagined myself Hemingway when I was 18 and traveling all over Europe reading and writing. I traced some of the areas of Italy  where he had written a Farewell to Arms. I had a very strong German Lit background as well and so I also traced some of Thomas Mann’s epic quest for self-discovery from Der Zauberberg. Most influential over me was W. Somerset Maugham’s The Razor’s Edge and J.D. Salinger’s Catcher in the Rye.

I wrote a ton of garish and seedy short stories when I lived in Europe in the early nineties.

Red Metal has a double meaning. Rare Earth metals, particularly Ytterbium (which is kind of yellowish-red) are used in almost every electronic device we humans use on a daily basis. From smart phones to flat-screen TVs. Of most interest to the reader, the rarest of rare earth metals (called REMs) are scarce, expensive, and have fantastic properties for missiles and military radar. They are superconductors and have very strong magnetic properties. The other meaning is Red = the great Russian Bear, and they are after the REMs in our Mil/Thrill novel.

I think I do. It’s more of a voice or an intonation Generally I find myself both inside the antagonist or protagonists’ head thinking “what would I do if I were So-n-so.” I am also easily able to visualize tactical situations. I think that was learned in the Corps after many years at war. So if you tell me how many troops are on both sides of a battle and what weapons they have I can visualize the coming battle very effectively.

Well, how much of our own experiences are in any work? I remember reading Jack London’s Call of the Wild and Hermann Melville’s Moby Dick and thinking the same thing. Those men were able to write exceedingly entrancing scenes and vivacious persons all because they had lived the life of the folks they wrote about. I’d like to think I incorporate a lot of me in every novel.

Gotta lay eyes on the surrounds or your book is as blind as you are to that local. Worse, most readers can see right through a phony setting that you googled. Though I will say Google Earth was wonderful for terrain and line of site studies. We have an earth-based ring of navigation lasers in the first book and I need to find out if they could use it from the top of a picturesque site on top of the Swiss/German mountain Zugspitze and into Stuttgart. Turns out, you can! I don’t think the Russians would have really cared to put a navigation way up there when some lower elevation would have suited their tactical needs, but the scenery on the top of that, one of the highest peaks in Germany made for a very scenic and dramatic battle.

Ummm… war sucks…
Otherwise: be entertained and know there are men and women all over the globe in NATO and beyond who are working hard to keep the peace, even when others might get greedy and try to destabilize the world.

Mark Greaney. I could never have gotten a good start if he hadn’t believed in me. He sat me in a booster seat so I could sit at the table with the bog, modern Mil/Thrill authors. I’m still in that booster seat, but I’m trying to earn my own way with my own, solo novel series now.

Too much to put down here. Mostly I wrote that I need to keep the same, disciplined writing approach that I had when I was an active duty Marine. Get up, work out, write, eat, write, eat again, write, read, fall asleep. Rinse-lather-repeat.

I was asked this on a TV interview recently and I said Bruce Willis would be GREAT as a bald-headedBoris Lazar, one of the not-so-evil, but likeable Russian antagonists.

Write. Every day. Don’t give up. Submit your work to EVERYONE until they accept it.

And most importantly: don’t listen to other’s advice too much.

Der Stumme Todby VolkerKutscher. I REALLY liked his crime series Babylon Berlin. We got hooked on the series on Sky-1.

And I’m re-reading The Long Goodbyeby RaymondChandler. I enjoyed his novels in high school and wanted to see if they were as good as I remembered. They are, though I read them differently now.

Probably Samuel Clemens, he was so clever, or John le Carré before he becomes a memory. William Shakespeare to see if he was as smart as we all believe, or if his mistress, underlings or some lover did all the work. J. D. Salinger to find out “why.” I’d like to have a drink (w/o opium) with Samuel Taylor Coleridge. Agatha Christie and Dorthey Sayers over a cup of tea… no doubt my last, as it will be laced with something. Wilfred Owen, Siegfried Sassoon and Robert Graves because we could discuss war, human frailty, extreme duress, sadness and loss and the burdens of leadership in terms that only we would understand.

Too many: SCUBA diving, beer brewing (I’ve won 3X Silver and 3X Bronze medals in the American Homebrewers Association national competitions), rock drums, hunting, rifle marksmanship, archery, keeping abreast of the latest, global archaeological activities (I’m a member of the Archaeology Institute of America), small boat sailing/yachting, and I’m a member of more than 8 societies and organizations for writers and veterans. I’m a

Classical and classic rock (‘60s-‘80’s). My oldest daughter is having a bit of a hippie revival period. Probably a reaction to her Dad being at war constantly, or maybe just her own thing unrelated to me, but I’ve been enjoying immensely our chats and re-discovery of old LP records and cassettes. She recently bought a Sony Walkman and loves rooting my old cassettes from the attic over the garage. Her love of music, and especially protest songs, has been a re-inspiration for me to music.

Into something rich and strange.

borne back ceaselessly, into the past 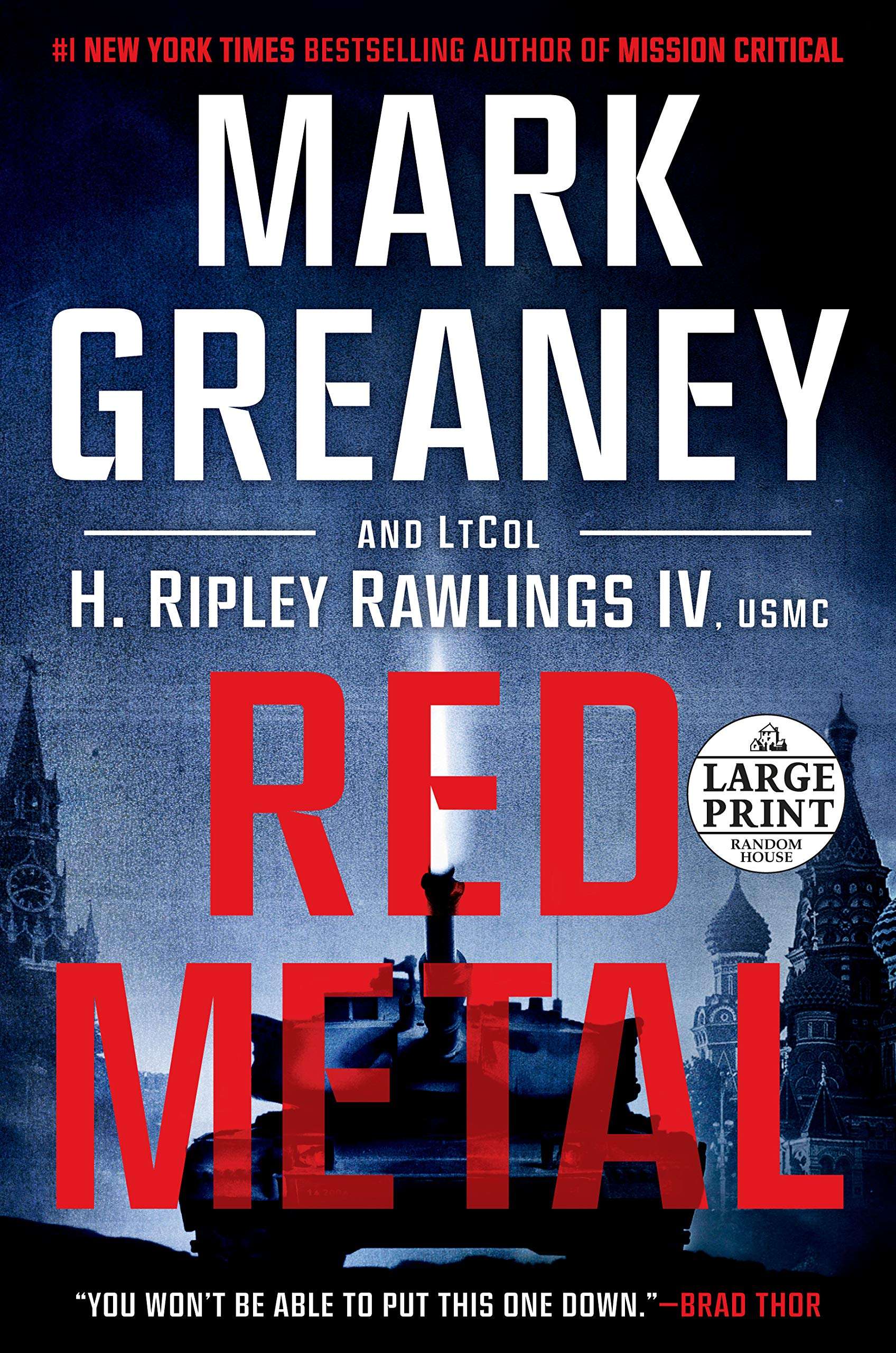