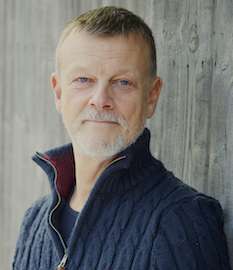 Straight for the jugular I see! My name’s David C Dawson (the C stands for Charles) and I’m 61. I use the initial because there’s a famous British actor who’s also called David Dawson. He was in Game of Thrones.

I was born in a northern suburb of London called Mill Hill, but I’ve lived in lots of places since then. I was in Geneva, Switzerland for a year. And then Cupertino in California for another year. At the moment I live near Oxford in the UK, but I’m getting itchy feet again. This year I’m taking a month long train journey around Spain. I’d like to live there.

I’m the youngest of three children. My father died when I was eleven, but my mother is about to celebrate her ninety-seventh birthday, and looks like reaching her hundredth. I was married for eighteen years and I have a twenty-five year old son who runs his own video production company. My partner now is a composer and music director. He’s from Malta originally. I worked as a journalist with the BBC for much of my life, both on radio and on television.

I have a new book out on January 20th. It’s a romance called Heroes in Love. Actually it’s a double romance, set in London. Billy and Daniel are two sexy guys in their late twenties. Daniel’s a music director (you can guess the influence for his character!) and Billy is a former actor, now social worker. His client is a gruff septuagenarian American called Chuck. He’s a grumpy man, and the reason he’s grumpy is that he’s had a big argument with his partner of forty years, and they’ve separated. The question is, can Billy and Daniel bring them back together again? And, will Billy and Daniel stay together?

I was nine when I adapted a short ghost story into a play for my primary school. Don’t I sound horribly precocious?! But it took me a long time before I got the confidence to publish any of the fiction I’ve written. Nearly fifty years in fact. In between, I wrote lots of scripts for documentaries on the BBC, and lots of news reports. But that was all factual writing. I love writing books because I create a world I’d love to live in. In Heroes in Love, Daniel has a beautiful Victorian house in south London, remodelled by his friend who’s a film set designer. For me, it would be heaven to live there.

When I got the ISBN number for my first book The Necessary Deaths. That was four years ago. I thought then, it doesn’t matter what else happens to me, the ISBN lives on forever.

I started writing regularly in my early fifties. It was my therapy. You see I came out very late in life, when I met my first boyfriend Nick. I was hopelessly in love with him, and it all made me very confused. Writing was a way I could clear my head. It’s a lot cheaper than a therapist! I joined a local writer’s group and started by writing short stories. Then one day I decided to write a whole book. Madness! But after several rewrites, I was pleased with it. It was my son who bullied me into sending it to a publisher. I owe so much to him.

While I was writing it, the book had a different title: The Delingpole Mystery. But it was a line one of the characters said which changed the title to The Necessary Deaths. Suddenly it all made sense.

I’ve analysed my writing style online, and apparently it’s similar to Cory Doctorow’s, the author of Homeland. I’m very flattered! I have a format I’ve tried to follow for my first books in terms of chapter length, sentence length, cliff-hangers and numbers of characters. But as I’ve progressed to my fifth book, I’m experimenting. All my books have been contemporary so far, but I’m planning a novel about a love affair set in the First World War. I’ve done much of the research for it, now I have to write it.

A lot. I would find it very hard to write fantasy. All my books feature experiences and characters I’ve encountered myself. For people who know me, some of the experiences were a bit of a surprise! Perhaps the C in my name stands for Confessional.

I don’t have to travel, but I try to if I can. My second book The Deadly Liesis set in a beach resort called Sitges in Spain. It’s a wonderful town for gay holidaymakers. Sitges is completely accepting, but it’s not a ghetto. There are straight families, gay families, straight singles, gay singles. It’s glorious. And I did spend several weeks staying with a friend in Sitges while I wrote the book. I would write from seven in the morning until noon, and then reward myself with the rest of the day on the beach. You can see why it was essential!

I don’t preach, but I do have a point of view. My view on life is simple. We’re all capable of love, and being loved.

The problem is, we’re all capable of being grumpy as well. There’s always a reason someone’s grumpy. If you take the trouble to understand why someone’s grumpy, you’re showing them love.

I’ve just finished The Rules of Civility by Amor Towles. He’s my latest favourite author. This book is set in the late thirties in New York City. It’s a love story, written in the first person,by the woman protagonist. I’ve never written as a woman and would love to try to one day.Towles’ writing is simply beautiful. He takes the trivia of life and describes it in exquisite detail. It’s the trivia in life that’s so important. It’s what makes us human.

My writer’s group. I started writing with them ten years ago. In the meantime I’ve moved away from the town where they’re based, but I still return there for our monthly meetings. They’re gorgeous, supportive people, who are also not afraid to be brutally honest with their feedback.

No, but it’s becoming one. I’m retired, so I don’t need to work. But I can’t do anything half-arsed, as we British say. Writing occupies most of my waking hours. Fortunately my partner is a very busy music director and composer. We sit in the same room to work. Both of us wear headphones. He’s listening to his keyboard as he composes. I’m listening to Chopin as I write. It’s heaven.

Probably a thousand things, but you have to draw a line somewhere, and move on.

I learned that Florence Nightingale was a lesbian, and used to live about five miles away from where I live.

Chris Hemsworth. He’s completely unsuitable for the role, but I just want to hang out with him on set each day.

Write. I know it sounds simplistic, but writing needs to be exercised, just like our bodies. The wonderful Julia Cameron tells us to write our morning pages every day. No one sees these pages, but writing them allows us to exercise our writing muscle. And I do.

I’ve just finished The Rules of Civilty and I’m about to reread André Aciman’sCall Me By Your Name. I know I’ll be in tears.

On my own?Probably an Enid Blyton book. She was a very popular British children’s author when I was growing up.

My partner makes me laugh a lot. We make each other laugh. The end of Casablanca still makes me cry, no matter how often I watch it.

My younger self. I’d tell him to chill out and enjoy life more. I was in a tearing hurry to do everything when I was younger.

I used to, but I don’t have time now. To relax we go to the theatre a lot. In 2019 we saw nearly forty shows in London. Before you think we’re insanely wealthy, we get a lot of free tickets.

Strictly Come Dancing (I think you call it Dancing With the Stars in America), RuPaul’s Drag Race and Pose.

I love musicals and I love pasta bake. Watching Mary Poppins Returns while eating mushroom tetrazzini is our idea of heaven.

With my partner on Broadway, trying to see as many musicals as possible.

I’ll steal from a British comic called Spike Milligan here: “I told you I was ill.”

And my blog is: http://blog.davidcdawson.co.uk/ 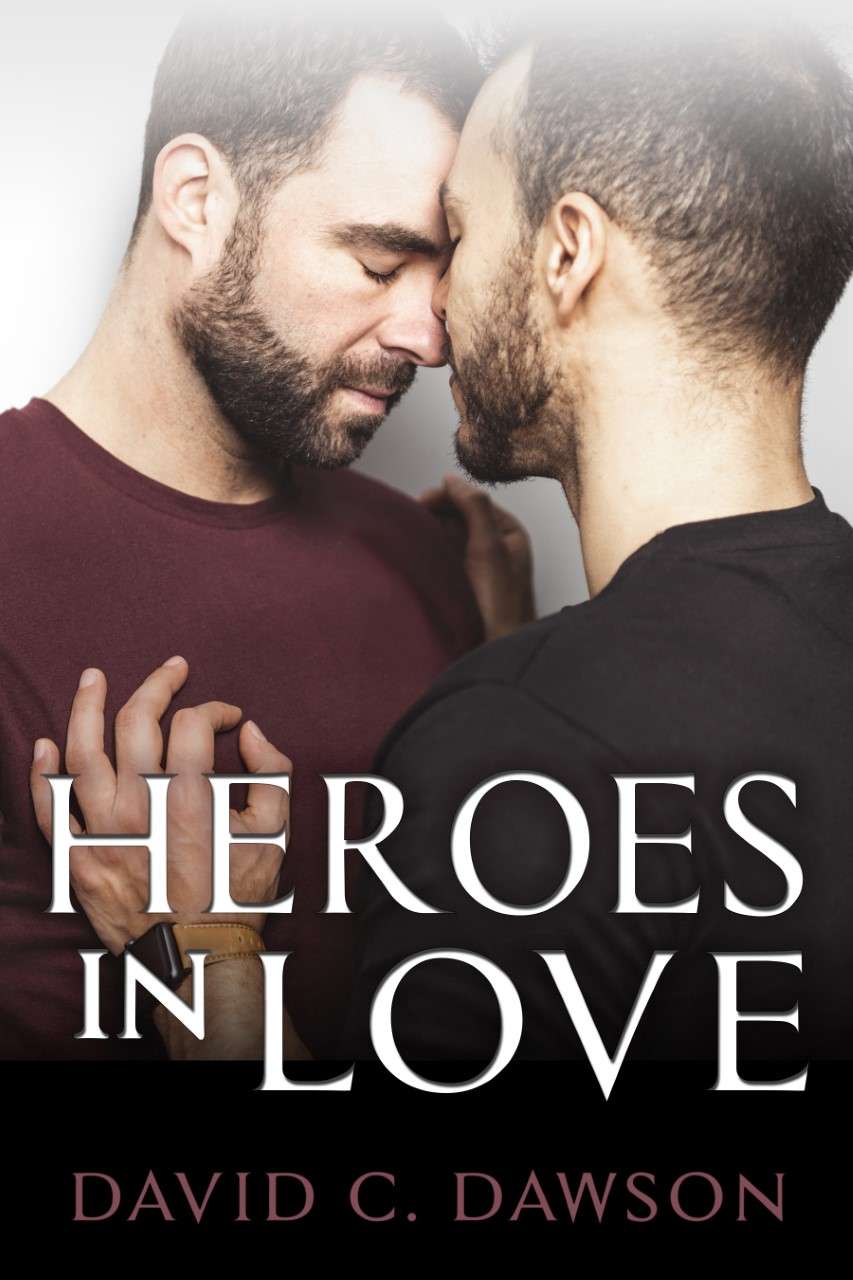 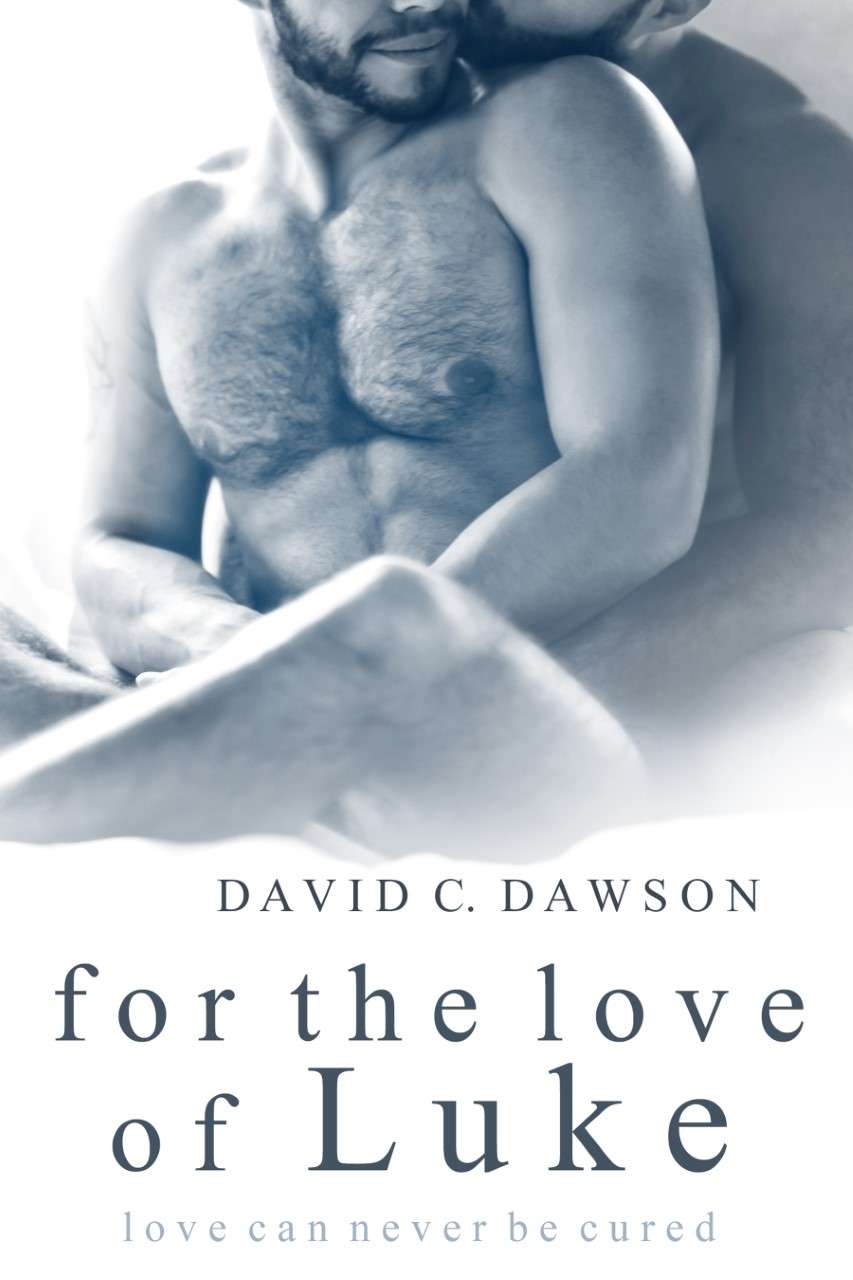 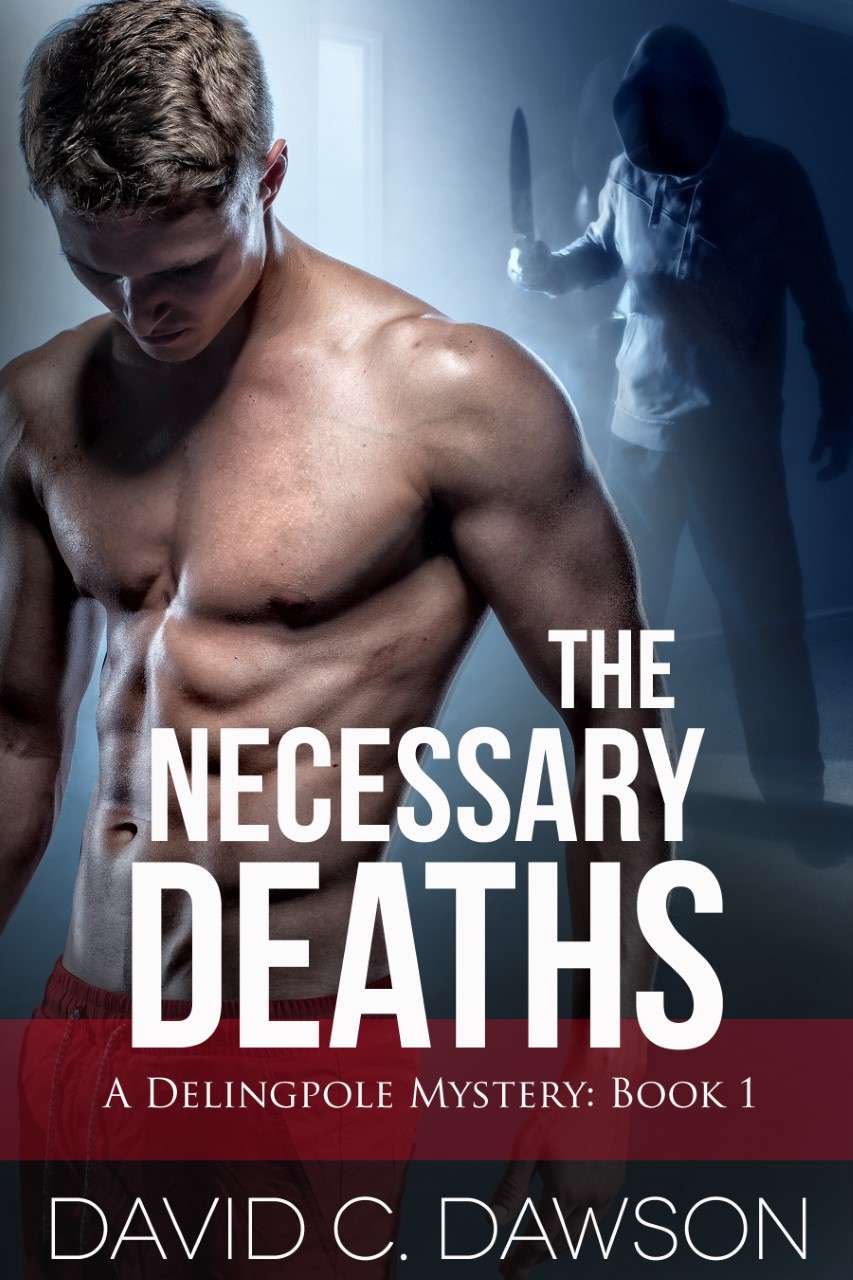 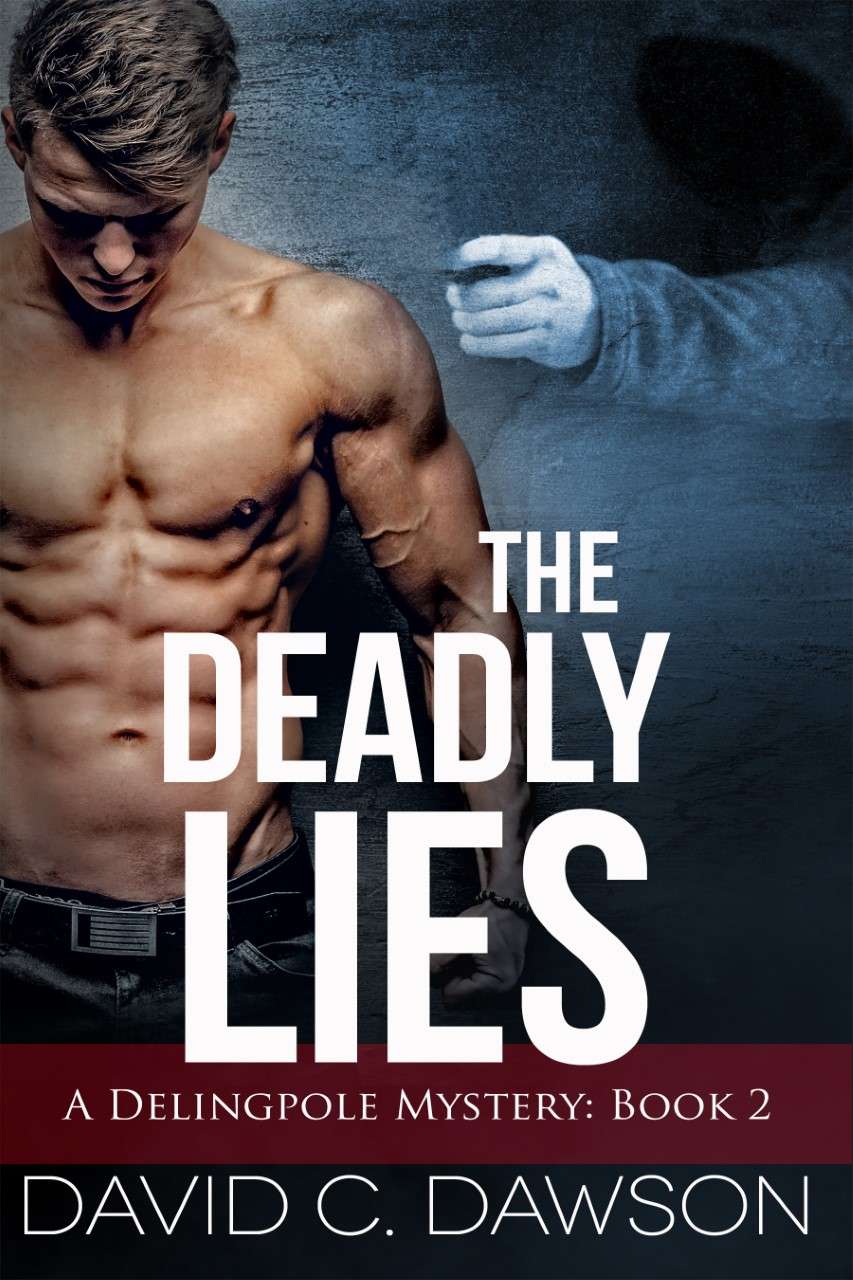 Thank you so much!

1 thought on “Here is my interview with David C Dawson”