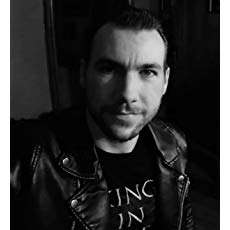 I’m from Yorkshire, in the North of England.

I grew up with my mum, dad, and sister in rural Yorkshire. I went to school and college in the same area, studying English Language and Psychology. I’ve always had an interest in creative writing, as far back as I can remember.

My first children’s book, “The Old One and The Sea”, is available in paperback, hardback and ebook from 1st November. The book is an illustrated retelling of H.P Lovecraft’s Cthulhu mythos, reimagined for a younger audience and reframed in a completed different way.

I remember writing stories for the fun of it as young as about 8 or 9. I just loved creating my own stories and characters rather than just using existing ones for games and play. I used to makeup stories in my head before I started writing them down.

Probably the first time I signed a proper publishing contract for some of my work. I think that drew something of an official line in my head that ‘this was real now’.

My first published book was ‘Nick and Abe’, a story of God and the Devil spending a year on earth as mortal men. The inspiration for this came from the Biblical story of Job which introduces the idea of these characters having wagers with each other, and also the idea of treating these divine beings as mortal men, and what that might look like.

Fiona: How did you come up with the title for your latest book?

The title is something of a play on the classic tale ‘The Old Man and The Sea’, but changed to be ‘Old One’, as that suits the Lovecraftian heritage of the story. It’s also very fitting because both the ‘Old One’ (i.e. Cthulhu) and the sea are key elements of the book.

I change my style depending on the genre that I’m writing. My most recent release is a children’s book, so that’s naturally very different to the book I wrote before, which was a gritty noir crime thriller. I find it takes a few chapters before I find the right voice for the genre, and then I’ll go back and tidy up the first few chapters at that point.

The book isn’t all that realistic, given that it’s about a boy who befriends a giant monster! Although it does deal with some issues that are absolutely drawn from real life, such as childhood loneliness and how children process grief.

I think it depends on the book. ‘The Old One and The Sea’ is set in a quiet seaside town. I like to visit places like that along the English coast at least once a year, so I drew on my memories and feelings of those places.

Fiona: Who designed the cover?

The idea for the cover was my own, as were the ideas for the illustrations through the book. I took a particular scene from each chapter and had an artist create some beautiful images for them all based on my descriptions.

The idea that being an imaginative and unusual child who doesn’t quite fit in, is not a bad thing. I think we’re getting better at that, as a society, but far too many still want to fit everybody into their specific little boxes.

At the moment, no, it’s not financially viable to do so. If I had enough success that I could live comfortably with the proceeds then perhaps, but as I value comfort and security I don’t realistically see this being an option. The idea of never knowing what income you’ll have from one year to the next doesn’t sit well with me.

I learned about getting the tone right for a children’s book, and also how to sit down with an artist and explain what I was seeing in my head to such a degree that they could recreate it perfectly on the page. That was an exciting new experience.

I think ‘The Old One and The Sea’ would work best as an animated film, rather than a live action one. And since the leads are a child and a monster (the latter of which doesn’t speak), I think it would be a case of hiring a really good child voice actor!

Just keep going. You never know which book will be the one that works, that gets a good publishing deal, or that captures readers’ imaginations. It might not be the one you’re writing now, but perhaps something you learn from writing that one will lead to your writing the one that succeeds.

I think the first book I ever read properly on my own was a simplified version of A Christmas Carol, by Charles Dickens. The unabridged version of it remains my favourite book, and I read it every year.

I’m not much of a cryer, but my sense of humour is very varied. I like all sorts of comedy films and TV shows really, both old and new. Sometimes it’s nice to hear a stand-up doing relatable material, but sometimes it’s equally fun to hear something that’s out-there and weird.

I think I’d like to meet Charles Dickens, just to see how he felt about the fact that his works are still so beloved. It’s more than most writers could hope for to think that, two centuries later, people are still reading and adapting your works.

Besides writing I also read a lot, and watch a lot of films, and do a fair bit of physical exercise. Nothing beyond those things, though. Writing takes up most of my creative energy so I’m not also making pottery or anything. I wish that I could, but I’m terrible at anything like that.

Fiona: What TV shows/films do you enjoy watching?T

This really does depend on my mood. I like everything from sitcoms to panel shows to animated shows to live action drama. The only type of TV that I specifically don’t like is reality shows as I just find them tedious and unnecessary. But as for films, I’ll watch more or less anything if the plot is good.

Anything that’s probably not healthy for me, black and red, and musically I like most things, depending on my current environment. I love Tom Waits, for instance, but I wouldn’t put his records on at a party.

I think I’d want to build things. I’m quite good at manual work, fixing things in particular, so I’d probably do something like that as it does still allow a degree of creativity.

It depends if I only have 24 hours left to live, or if EVERYBODY does! If it was just me I think I’d be spending time saying goodbyes, but if the whole world was ending then everyone would be pretty busy and I’d probably just have a cup of tea.

I actually don’t think I’m going to have one. I’d rather someone plants a tree or something where my ashes were scattered. Then I can haunt a tree. 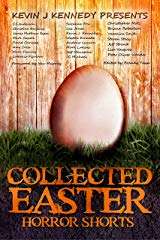 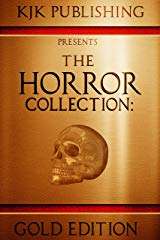 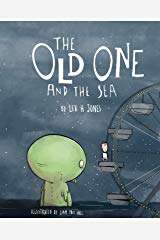 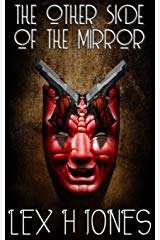 3 thoughts on “Here is my interview with Lex H Jones”