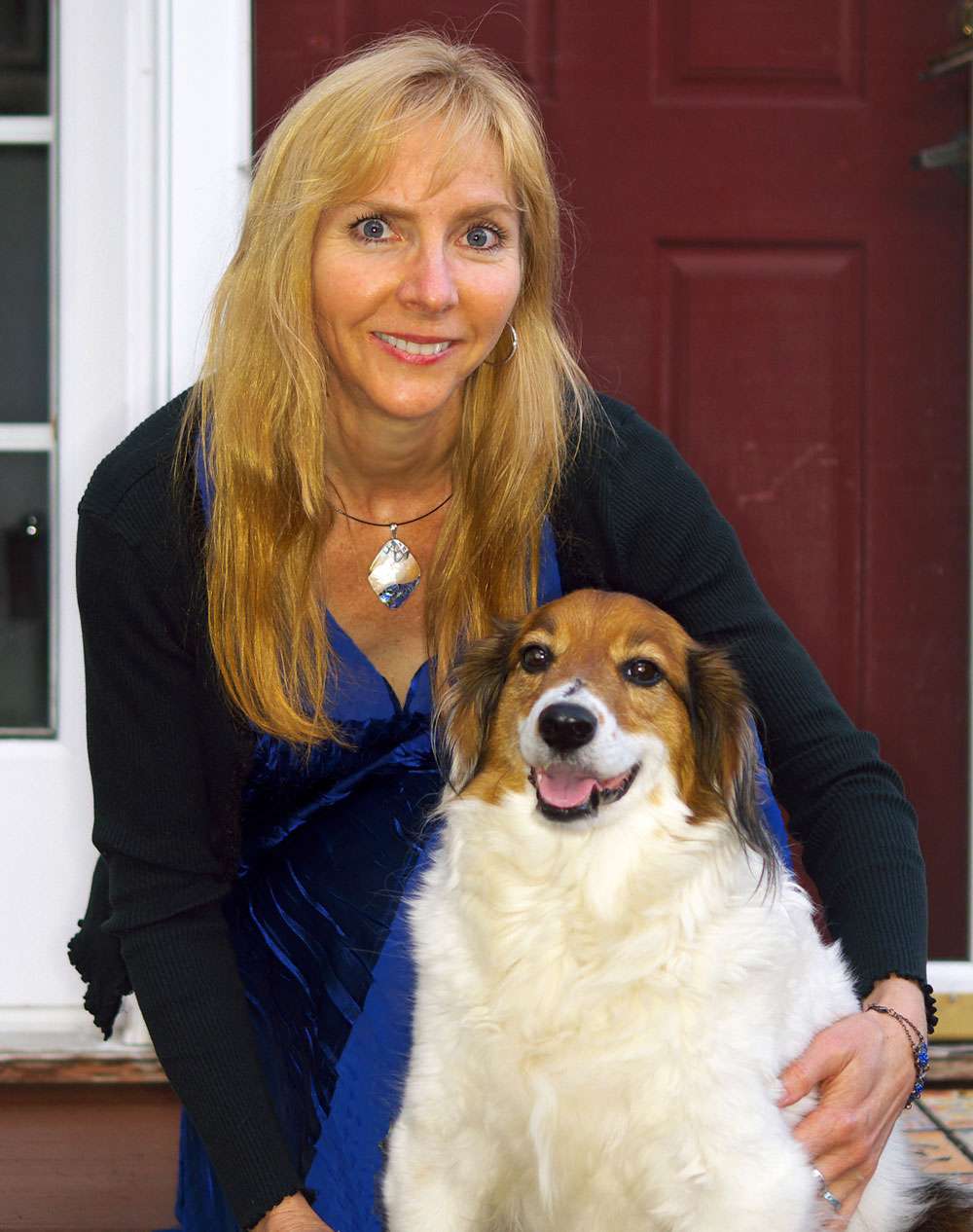 Let’s get you introduced to everyone, shall we? Tell us your name.

What is your age?

I wasn’t born in the Middle Ages, but I am at the midlife point.

I was born in Glendale, California. I lived in southern CA until I was 19 years old, then I moved to Virginia, and later to New England.

Fiona: A little about yourself (ie, your education, family life, etc.).

I’m a first-gen American in our family. My parents are British. We used to go back to England every summer when I was growing up. I loved those summers! I earneda bachelor’s degree in English literature and in history from the College of William and Mary in Williamsburg, VA, and later went to the University of Virginia to earn a master’s degree in English literature (concentrating in Romanticism). After that, I had a great job at Time-Life Books in Alexandria before moving north to New England and beginning a career as a book editor. After a lot of procrastination, I gave in to my passion and my dream to be a full-time writer.

I just finished writing two books: Book 5 in my Victorian Beastly Lords series, Lord Misery, which is up for pre-order at Amazon and will be released on August 22, 2019. And Eleanor, which will be in a collection of Edgar Allan Poe novels called All Hallows’ Brides, which is also available for pre-order and will come out at Halloween 2019.

I admit to being a shy child and an introvert. I even stuttered. More than anything except reading, I liked writing stories. I wrote my first novel when I was 17 years old. Absolute rubbish!

Probably in 2012 when my first book was published. Before that, though I always wrote, I considered myself more of an editor since that was how I made my living.

My first book? I read a lot of Mills & Boon romances in the summers at my grandparents’ home in London. I thought Harlequin would say yes to my first manuscript and make me rich and famous before I was 18. How hard could it be?

That first terrible unpublished novel was called Green Eyes and Moonlight. Wince!When I switched to writing historical romance, my writing really flowed. My first published book was An Improper Situation, though for years it had a working title of A Little Bit of Heaven. Then, when I realized there were more stories, I had to come up with titles that matched, which even with the task of “I” words and “tion” words, worked well. Each title really fits the story. Thus: An Irresistible Temptation, An Inescapable Attraction, An Inconceivable Deception, and the novellas An Intriguing Proposition, An Impassioned Redemption. After I wrote the first three books, they became the Defiant Hearts series. I still love those characters, but Victorian American stories are a hard sell.

I tend to have a slow pace, with in-depth simmering characterizations, which take time to develop, though my heroes and heroines often recognize an attraction almost instantly. So, I am a character-driven writer, rather than thinking of an entire story first.

I love historical research and spend much of my time researching. I also have a terrible memory and almost always forget everything I’ve learned when I type “The End.” Thus, I have to start over with each book. At least, it feels that way.

I have a friend who says about all my heroes, whether from the Defiant Hearts or the new series, Beastly Lords, that they are all about him. That’s hilarious to me. My books are realistic in that they are era-appropriate with as few anachronisms as possible, but they are not based on any one person or event in my own life. I occasionally bring in historic figures to add realism, such as the Duke of Wellington or the Duchess of Sutherland.

The 1880s of the Victorian American Defiant Hearts serieswas fascinating to learn about,and I found the people to be quite modern. You certainly could have a cup of coffee or a glass of wine and a chat without any difficulty. The Victorian Londoners of the 1840s and 1850s are definitely less relatable. And if you go back a little earlier to 1811 – 1820 for Regencies, then the people can seem strange indeed. The earlier stories can be harder to write without putting modern feelings or expectations into the characters’ heads.

No, I hardly ever travel specifically for a novel, though I have nearly always been to the settings in my stories.

I have had a few different cover designers. The most consistently great designer and the one with whom I’ve worked the most is Dar Albert of Wicked Smart Designs. I think she is the bomb!

On my writer’s business card, it says “Happily-ever-after stories for an already-challenging world.” I suppose that is what I do best—shepherd my characters through challenges so they come out the other side stronger and more joyful. I hope readers enjoy the journey and the satisfying ending.

I would rather not say about my favorite authors nowadays, but growing up, I loved Roald Dahl, Mark Twain, E. B. White, Michael Bond, J.R.R. Tolkien, and if I keep thinking, I shall come up with a dozen more.

My four cats and my trusty PC. And for the past seven years, my rescue dog, Perry, who is, as always, under my desk as I work.

Definitely. I quit freelance editing and website design a couple years back to devote myself solely to writing.

No, you can dither, write, rewrite, and rewrite again forever. If you have a story and know your voice, then only you can tell that story in a particular way. When you’ve told it truthfully, to the best of your ability, then all you can do is send it to the editor and move on.

I learn something new with each book. For Lord Despair, it was about what treatment they had in the mid-19th century for psychological afflictions; for Lord Anguish, I learned about the common Victorian problem of opium addiction; for Lord Darkness, I learned about the facilities available for the blind in the 1850s, etc. Each book takes me on a journey of learning, for sure.

No idea. Definitely not my forte. Except I will say I like Collin Firth in anything, particularly Pride and Prejudice, except, sadly, he’s getting a bit old to be any of my heroes.

Fiona: Any advice for other writers?
Just keep writing. Focus on your next book. And always, always, always get your work copyedited.

I love receiving emails from readers. Makes my day. Feel free to write to me anytime at sydney@sydneyjanebaily.com.

I am reading a historical romance **shocking surprise** by Elizabeth Ellen Carter. I also really like Lana Williams’s books. She researches and writes like I do.

Not exactly, but the books I read over and over as a youngster were Charlotte’s Web, Charlie and the Chocolate Factory, James and the Giant Peach, and The Hobbit. So I had (and still have) a liking for slightly magical stories by great writers. My daughter and I read all the Harry Potter books together, too.

Fiona: What makes you laugh/cry?
I have a dry sense of humor. I love British comedy and Seinfeld. I cry at anything to do with animals.

I used to think Mark Twain, but now, I’m not sure. Sometimes, I think Jane Austen would be a lovely person to have tea with, but again, who knows? People may be better off in our imaginations of what they were like than in reality. I’m know I’m better in writing than I am live in person. 😊As for present day people, I love Queen Latifah. I want her for my best friend.

I used to oil paint, but I don’t anymore. I basically stopped after a few paintings of my cats and one of my ex-boyfriend on a sailing ship heading for some rocks. Oh, and there was a cat in that painting, too. I can’t think of anything I do consistently enough to call it a hobby, except reading.

I have a pretty bad memory, so I have brought Gwyneth Paltrow’s Emma home from the library to watch a few times before I realized I’d seen it. I do that with a lot of movies, forget I’ve seen them. I really like About a Boy with Hugh Grant, a very satisfying story from start to finish. Also, I’ve seenMusic and Lyrics a few times, really enjoy it. It’s a light-hearted film, again with Hugh Grant and also Drew Barrymore. I don’t watch much TV, but for a couple years, I watched Once Upon A Time; it was something my son and I did together, but we didn’t make it through to the final seasons.

I love pizza and Indian food. Colors: sapphire blueand grey and sometimes pink. I like too many types of music to list here.

Book editing and website design as I did before. Sometimes, I think it would be fun to get out there in the world and deal with customers. I once had a job at a kitchen and china store, and I enjoyed helping the brides pick out their patterns. But I know retail is demanding, hard work, and I wouldn’t want to stand for that many hours.

Going to keep that to myself.

I’m going to be cremated, so no headstone, and let others think about me what they will.

Yes, thanks for asking. I have a website at https://sydneyjanebaily.com which is where my blog is as well as a bookshelf page of all my books. If a reader goes to my site and signs up for my monthly newsletter, they will also get a free book. 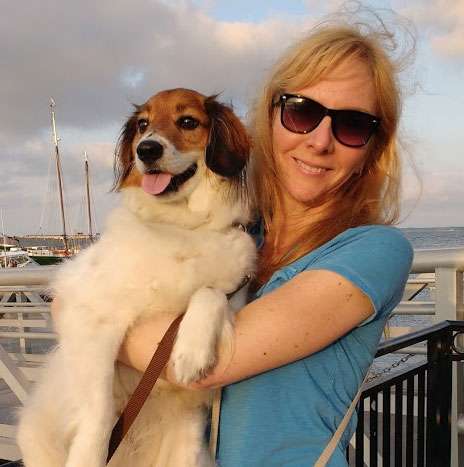 Thank you for interviewing me. Best wishes and happy reading!

1 thought on “Here is my interview with Sydney Jane Baily”