Mark Lawrence  I’ve turned 50. So old. If this were Logan’s Run I’d have been euthanized by now. Though you have to be old to get a Logan’s Run reference now…  Get off my lawn!

Champagne-Urbana, Illinois … though I haven’t been back there for 40-something years. Raised in London, England.

I’ve been a fulltime author since 2015 when the aerospace giant I worked for as a research scientist closed the entire advanced research centre. Fortunately I was making more from my writing than from my day job by that point.

My first degree was in physics, my Ph.D in a branch of mathematics. I live in Bristol, UK, have four children, the youngest of which is severely disabled and consumes most of my time.

Red Sister, the first volume in my new Book of the Ancestor trilogy, came out in April and is doing very well. It’s often talked about as “the book with the killer nuns”.

Book 2, Grey Sister, will appear next April, and a larger version of my anthology of Broken Empire short stories, Road Brothers, is due out at the start of November.

A difficult question since I had been involved in things close to fiction writing for most of my life before taking writing up in the traditional sense  – specifically running Dungeons and Dragons games and later a Play-By-Mail game. I guess I first started what most see as writing about twenty years ago when I went to evening classes in Creative Writing to scratch my creative itch.

To me it’s just terminology. I was a writer the moment I started writing, an author when I had a book published. But I wouldn’t have called myself either thing until quite recently when writing became the way I earned my living. Curiously, while still a scientist but with four books published and making most of my money from them I was still reluctant to introduce myself as an author … well, nobody introduces themselves along with a declaration of their profession … but I mean when asked.

I’m not sure. I suspect I just started a short story and that it took a long time to reach the end. The book that got published started the same way – the inspiration for the main character (as opposed to the inspiration to start writing) came from Anthony Burgess’ A Clockwork Orange.

Titles have always been a tricky one for me. As has happened before “Red Sister” was chosen collectively with my agent and publisher from a list of options I threw out. I also got my readers to vote on some titles. The working title was “The Narrow Summer” but my working titles never seem to make it to the cover!

Probably. Like your own accent when you talk, it’s very difficult for the owner to detect. Certainly the translator who created the German edition said I had a very distinct voice that he worked hard to preserve into the new language.

Realistic is a strange concept in fiction. In a very “real” sense we don’t want realism in fiction. Reality often involves long relatively dull periods spliced with moments of confusion and terror. A writer doesn’t want their readers bored or confused, and so we offer a realistic veneer and cram beneath it as much excitement, intrigue and emotion as we can. I would say that I aim to keep my work truthful rather than realistic.

Red Sister involves and almost entirely female cast and focuses on a group of young girls in the care of rather unusual nuns. I can safely say that none of it is based on my experience.

I don’t. Which is fortunate as I care for my disabled daughter and am unable to travel.

I generally know the artist who creates the image, but the designing of covers, which entails the placement of names, the font, adapting the art etc are generally unsung heroes working for the publisher. Jason Chan painted my first six covers. Since Red Sister is an entirely new thing the publishers went with a new artist to signal the break visually. The US cover art is the work of Sebastian LeCouffeDeharme.

Nope. There are themes and questions but I’m not in the business of telling people what to think.

Josiah Bancroft and his Books of Babel recently rocked my world. I’m also a big fan of Robin Hobb (for her relationships), George Martin (for his characters), and Patrick Rothfuss (for his prose).

I don’t think I can, not even if I were allowed to include family members. It was always a solo effort. And to be honest, I never really had any strong commitment to becoming a published author. I just enjoyed writing. I never considered being published to be a realistic option and when I eventually sent my work off it was a pretty half-hearted effort (the approach, not the writing itself).

Looking back at the interview I did with you in 2013 I see that I mentioned my now-defunct online writing group. That’s fair, I did get (and give) help there from other writers.

I do now, since it’s what I do, but I never did. I remain quite aware that should my sales slump then the publishers would quickly dump me and I would have to find something else to do – though I would continue to write for fun.

No. I don’t revise me work even when I have the opportunity to do so.

I learned that it was easier to write convincing scenes of young women and girls chatting than I had thought it would be.

No idea. The lead is a young girl. I know the names of almost no actors and certainly not of school-aged ones.

Stop writing immediately and let me have all the readers!

The Court of Broken Knives by Anna Spark Smith. It’s her debut and came out a few months ago, published by Voyager in the UK. Which puts her pretty much were I was this time of year back in 2011.

I’m not sure anyone can. When does having that favourite picture book read to you turn into reading it for yourself? I liked Where The Wild Things Are.

Funny things and sad things. Both are a continuously moving target since if I get too much of something that has that effect then it ceases to work and something new is required.

I’m not good at meeting people I don’t know. Social anxiety would remove the pleasure and I can’t think of anyone whose company would compensate the awkwardness of “You don’t know me but…” I guess it would be interesting to meet someone now dead who could answer a mystery for me. Someone on the Marie Celeste for example who could explain what was up with that!

I used to. Writing and social media seem to have swallowed them. Does it sound sad if I say Twitter and Facebook are my hobbies? It does? Right … not that then. Definitely not. I used to play a lot of videogames on PC … but somehow that has slipped away from me.

I’ve never understood the concept of a favourite colour. It seems almost as arbitrary as a favourite number or flavour of quark. With food and music I have eclectic tastes and can think of nothing representative.

Play a lot more video games, and if circumstances allowed get back into running roleplaying games for others. I have a restless imagination. I don’t need to write but I do need an outlet for it.

This is the one that sees most activity 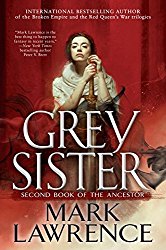 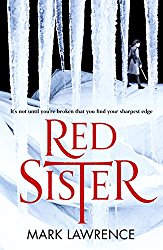 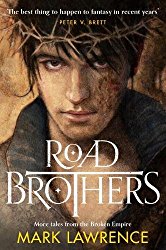