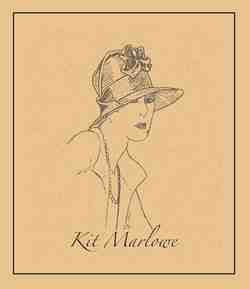 Where are you from The Past

I grew up in a time when children were allowed to ramble freely across the countryside. I lived mostly in nature—and my imagination. The book that probably set me on the path to writing was surely Alice’s Adventures in Wonderland. I have meandered through life chasing various dreams and somehow have arrived as a professor teaching medieval literature and culture.

I’m finishing up Blood Moon, the second of the Breton Lais for Tirgearr Publishing. The story is an adventure romance based on Marie de France’s Bisclavret, a medieval werewolf knight story.

As soon as I knew how to use a pencil I wrote stories. I think if we are not taught otherwise, stories flow from us all.

Probably not ‘really’ until I had a publication in 1995, but always I knew.

My first novel The Mangrove Legacy I wrote during my first academic job, when I feared that I would not have enough time to write fiction, ad I knew I didn’t want to keep that job so I was writing and publishing a lot of serious things to get a better job. I wrote the novel serially, mostly to amuse myself and ended up amusing a lot of other people, too.

I try to be amusing in a lot of my stories. The Breton Lais are more ‘serious’ but they are not without humour. The emphasis is more on making the story read fast—like Dumas and of course Marie, the story telling is stripped down and vivid.

Fiona:  Why did you go with Tirgearr Publishing?

I have a few different things published with them under other names (guess who 😉 but what I appreciate is Kemberlee’s business acumen and forward thinking. They have grown slowly but steadily and the focus is on good writing that sells. I am glad she has confidence in my work.

Fiona: Would you recommend other authors to go with Tirgearr Publishing?

I have done; I’m impressed with the professionalism, editing, and attractive cover art. Small press is so much easier to deal with than the big houses in my experience. I like to know what’s going on and when books will come out. As Tirgearr has grown, the wait times to publication have become a bit longer, but still so much faster than the glacial pace of the big houses.

Fiona: What help does Tirgearr Publishing give a author?

Insightful editors are a big plus, working with the author to make a manuscript its best. All writers have lazy habits and blind spots. I’ve had howlers that I managed to overlook that my editors spotted so I could brainstorm ways to fix them. Good editors make you look better! Also the writers group is really helpful in sharing the always onerous task of publicity, sharing successes and steering us away from efforts that don’t pay off.

There’s nothing new in focusing on the moon in a werewolf story, but I wanted to convey in an immediate sense the portent and the danger inherent in the story. The knight is ambivalent about his transformation. When he’s a man, he kind of dreads it, but when he’s wolf he revels in the wildness. For the man, the blood is ominous; for the wolf, it’s glorious.

I suppose putting off choice when it’s difficult might easily land you in a worse situation. We all like to avoid hard choices, but life goes on changing around us and if we don’t choose the path of our lives, one may be thrust upon us—to our lasting regret.

A lot of the setting while he’s a knight focuses on the reality of a fairly privileged life in the Middle Ages, one that’s rather more taxing than our modern version.

For this series, the stories of Marie de France and other medieval romances had a huge influence. ‘Romance’ in the Middle Ages meant ‘adventure’ and I have tried to live up to the idea in this series.

I’m reading a big collection of witchcraft documents for a course I’m teaching in the fall on women in the Middle Ages and the early Modern periods as witches, healers and leaders.

My girlfriends! As the only girl among boys, I always longed for a sister. Now I have many, especially the great gals in the SpeakEasy!

I’m sure I will when my editor looks it over.

He was wolf again.

As much as it frightened him every time he had to admit the pure joy of it. As the moon waxed his skin began to itch. Within a couple days Bisclavret could not keep his mind focused on his duties, his eyes wandered to the horizon, and he knew he could not be satisfied until he found some quiet spot in the woods, hid his clothing under some rock and fell asleep in the white glow of the moonlight.

And every time he woke as the wolf his limbs sang with the joy of it. He knew he ought to be ashamed of this terrible transformation—so unnatural, surely wrong—but as he stretched and felt the power of his remade flesh and bones, Bisclavret loosed a howl of utter abandon. The sheer wildness he felt! Every line of his body was new and different. Even his mind opened up to new sensations.

It just felt so good. Surely it could not be wrong?

Bisclavret ran into the velvet darkness, his eyes bright and his tongue lolling. The woods were alive with scents. Over there a rabbit, over there a stag, and soon he would hunt but not yet, not yet. Nose in the air he sought the real quarry. They had to be there somewhere.

As he ran the rich glow of the moon transfixed him. It felt like a caress upon his fur. Fur! How incredible to feel so warm yet not swaddled in layers, so light and free.

That was the main thing. He had never felt shackled as a man. He was wealthy, his lands covered these woods and the farmlands beyond, he had a noble wife from a good family and the exploits from the last war he had fought for the king had filled his saddlebags with gold and gems. In so many ways he was a fortunate man and many envied him.

Yet as he ran along the woods, naked and alone, Bisclavret felt richer than any man alive, as if the whole wide world were his. The woods enveloped him and the strength in his legs made him certain that he could run to the ends of the earth without tiring.

Oh, it’s always impossible to pick just one favourite! I’ll say Jane Austen for her sharp insights into human behaviour. I get so annoyed at people who think her books are just ‘romance’. They are precise social commentary and her wit is sharp and biting.

Have to? Probably not, but I enjoy it. I like research in the British Library and visiting medieval and ancient sites across Britain.

Mostly finding time: I’ve really overbooked myself with projects in the last year. I’m trying to fix that but my head is always bursting with new ideas.

I’d love to sit opposite Dorothy Parker and Oscar Wilde over a nice long dinner.

We finally just finished the first series of Outlander.  It’s funny it took so long to get to Scotland! The beautiful Highlands look so good. Also I’m loving Jonathan Strange & Mr Norrell, which is great fun and full of magic.

Fiona: What is your Tirgearr Publishing page and do you have a website/blog?

Also what is your Amazon authors page

1 thought on “Here is my interview with Kathryn ‘Kit’ Marlowe”