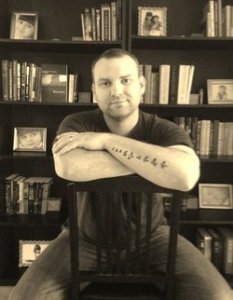 Age  32, but the clocks ticking lol

Where are you from

I grew up in Mississippi and once lived in a town boasting a population under 300.

Like I said before, I grew up in Mississippi and I joined the Navy when I was seventeen. I now live in Virginia with my wife and kids. I’ve done enough college to obtain an Associates Degree. I should probably go back lol.

That is kind of a long answer, but here we go. When I was sixteen I bought “The Incredible Hulk: What Savage Beast” by Peter David. It was a novel based on The Hulk comics. I loved comic books and hated books, so this was a pretty big step for me. Anyways, I read the book and loved it. That was when the thought of one day writing a book first entered my mind.

Fast-forward to my 30th birthday and I laid everything out. What did I have to show for my 30 years on planet Earth? Was I a rock star like I wanted to be as a kid? Nope. Was I a comic book artist? No. Did I ever write a book? Uh uh. I was pretty let down by the fact I hadn’t succeeded at any of my teenager goals. So, I decided to do something about it.

That’s when I started my writing journey and I love it!

I read a quote on Facebook where the punch line is you don’t become a writer, you just are a writer. I guess the hyper-active imagination meant something as a kid, but I first started writing poetry as a kid and moved on to songs when I was 15. I’ve always had the outlet so to speak.

My first published book was inspired by the need to have a fresh idea for National Novel Writing Month 2012. I was toiling away at a fantasy novel which was going no where. I was thinking about giving up, but decided to try one more time by doing NaNoWriMo. I’m glad I did, now I have over a dozen published books and stories with more on the way!!

I enjoy first person point of view and writing as a conflicted anti-hero.

The Dead Planet Series starts off on Mars which is the Red Planet and the government is trying to kill the people who live there. It was just a play on words which stuck.

I write about fear in different forms. I’m afraid of corrupt governments and the concept of there not being a God, or maybe there is which is also kind of scary. Faith and knowledge don’t always jive, but at the end of the day I want there to be a pinch of hope for a better tomorrow. There is an underlying theme of redemption in most of my work. I don’t preach from a religious standpoint, but I hope there is more to life than the hurt and I put that into my characters.

It’s based on a future true story with not a chance of ever really happening unless it actually does happen and then I’ll be wrong… Seriously, my books have realistic characters living in fantasy worlds. The relationships and the conflicting emotions are the only foothold in reality. The rest is just a canvas on which to tell the story.

Some experiences in my own life feed the emotion behind some scenes. I’ve killed a few characters after having a bad day at work sometimes…

I mentioned “What Savage Beast” before, but that was just the beginning. I’ve read a lot of books in various genres. As far as a mentor goes, authors like Hugh Howey, Michael Bunker, Rebecca Cantrell and others have taken the time to answer questions for me about the business. I love being part of a community of writers. I have more friends than I ever imagined I would before and we are all crazy if you think about it. What kind of person makes stuff up all day and tries to convince you to buy it when they’re done lol?

I just finished Foundation by Isaac Asimov today. I wanted to read some classic science fiction. I might read some David Weber later.

I’m writing a kid’s scifi book called The Scavengers. I’m planning on shopping it around for an agent to get it traditionally published. It was inspired by my kids.

The online community of authors I met on Facebook and the NaNoWriMo forum. That’s how I met Hugh Howey.

Yes, I would’ve written it sooner instead of waiting two years. I have severe ADD I think.

Yes, reading “What Savage Beast” and a crap load of comic books.

Time management and self-motivation has grown significantly more challenging lately. It will get better soon…I hope.

My tastes change often, but I find a lot of books inspiring for different reasons. I can’t really single anyone out.

Just on the internet lol.

I did. I hated the CreateSpace covers I originally had so I figured out how to make my own. I create my covers on my iPhone.

Finishing it before inspiration drags me to another story. That and time.

I learned that I use the word “that” far too much. Gotta edit “that” out lol.

Yes, if you want to write a book the only thing holding you back is you. Your job, family, friends, television shows, etc, are not excuses to not pursue your dream. Nothing happens without sacrifice if it’s worth obtaining. You can’t reach the stars with your feet planted on the ground. Just do it and know you had it in you all along.

Thank you to everyone who has supported my journey so far! I appreciate the reviews and the shares on Facebook, Twitter, etc. Keep it up and I’ll keep writing as fast as I can.

I’m a guy so farts and stuff make me laugh lol.

Grandparents I never got to meet before.

“The casket is empty, I staged my own death so I could finish this damn book,” Drew Avera

I play guitar and sometimes I draw.

Daredevil on Netflix, Gotham, Arrow, The Flash, The Big Bang Theory, anything Marvel or DC lol

www.drewavera.wordpress.com  sign up for my newsletter and get a couple of free books! 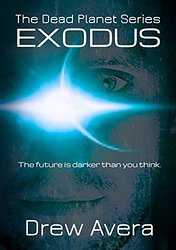 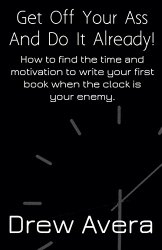 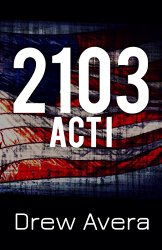 1 thought on “Here is my interview with Drew Avera”