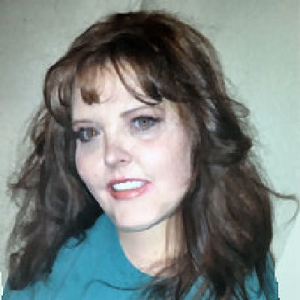 Where are you from

I dabbled in several areas but have degrees in psychology (criminal psychology as a special area). I have almost a PhD but stopped work and became a mother and then a writer. I also have a teaching license and have taught art and English from grades 4- college. I am married and we have one son and many fur babies.

I think I was writing by fourth grade at least and more so in sixth. In my junior high and high school years, I wrote and competed in speech writing and journalism, returning to fiction in college. I think I wrote because it was the one thing I was good at; I am not a team-sports type (I scuba dive and used to canoe and kayak), and writing was all I found that was good enough at to earn the respect of my peers.

Always. I knew I was one long before I WAS one. Validation was one part I was missing so I felt I had to prove I was one before I could be 100% to anyone else. I was barely into the game when my 9 book series, Z is for Zombie was accepted and I was contracted for another half dozen horror works so things for me went very fast. As soon as it all began happening, I swore I would always be as hard on other writers as people were on me, but also twice as gracious as possible. To be honest, in some ways, I still wonder if I am really a writer or just a good story teller/idea person. When we lose the self-doubt, we get full of ourselves. We have to balance self-confidence with the doubt.

A few real events in life that I struggled to make sense of. That was the catalyst but the book took me to more places I never dreamed of. The Time of Grace is my first book (as far as beginning it) and I changed the time period, which caused me to have to research. It sat for 30 years because I didn’t have the maturity to understand that book/characters for a long time. It is based in my hometown of Texarkana, Texas which is where the movies Legend of Boggy Creek and Town that Dreaded Sundown are based so there was always the issue of how to write about a town that already had two movies (about different horrors) already based on it. After some writing experience, when I returned to the book, I understood the theme and how to make it my own despite it centering on a very real town.

During the (almost) thirty years between I started writing seriously and my first published book, I wrote at least a book a year and have those boxed up. Several are available. Nine are the first that were accepted and another few are available as well.

I start with “What if ___________”. Very simple line of theme. I set up characters who will drive the story and because I am character-driven, this is the biggest part, knowing each character’s backstory and personality. Then, as crazy as it sounds, I have my general plot idea and pick 2-3 elements in history or science and mash them in, researching and thinking about it all until I find the keys that make it all mesh. With Titanic 1912, I was given giant shark as my whole plot point. A shark??? No way. People would get out of the water and the story would end. Other than Benchley, that doesn’t work. I asked myself in what case could we not get out of the water and leave? I thought of the Titanic. Then I pushed myself. What is least expected? Well, Lovecraftian creatures of course. They are a challenge. As I researched, some details fit perfectly and another element fit (I can’t ruin the book here, sorry) and another part was added. I had 4 elements that didn’t fit together and yet, a few details and a character-driven book, made them fit so well that I almost forgot what was real and what I was making up. That’s my style. I fit puzzle pieces via characters and details.

Alice in Wonderhell is based on Alice in Wonderland and Dante’s Inferno. I added in some other elements and it clicked. Going in unexpected directions and manipulating readers is what I am told I do well. There is nothing better than going into a book and convincing the reader something is acceptable before ripping that reality away. If “motherhood” is the theme, then I’ll make sure the reader sees how wonderful motherhood is before showing how it can go wrong. If “hope” is the theme, I’ll remove all hope and then make everything go even worse.

I am probably also knowing for taking chances and daring to write what others would never write. People often tell me that I don’t “pull punches” and dare to “go there”. I don’t think my job as a horror writer is to give hope and happy endings, but to do far more than scare a reader. My job is to make the reader uncomfortable and introspective. When we look within, we find some very frightening parts of ourselves.

I have over 35 titles! Circle Jerk is one in which the title came from a line I knew was going to appear. “We’re in a circle, jerk.” Most are just that way. I think of a smart-assed way to title the file and it sticks. When we Were 8 was my crazy mind thinking “When were ate by life” (eaten is correct but I am from Northeast Texas J) “Ate” was my thought because the people were eaten up by some terrible events but the characters were 8 years old and there were 8 of them, so…. Redman was born as a story and title when I saw a student’s father come into the school and the sun behind him made a reddish light. Louisiana Saturday Night, Wild Boys, and a few others are from songs. Smooth was written in my head on a drive. I heard the song by Carlos Santana and Rob Thomas about a dozen times in a row, full blast, and had the title (from the song) and the full book. That was a great one because I began with “what if we all went smooth?” and I knew that going smooth was a very bad thing and related to zombies. Titles generally come with the idea and only a few ever change once I begin.

Maybe. I think my message is that we are all damaged by life and can decide what to do with our damage. In everything I write, humans have a huge capacity for good and evil and that may be my message.

I stay busy and have a lot going on with active membership in the Horror Writer’s Association, with my own press, J Ellington Ashton, and my writing. I do a lot of mentoring as well. And conventions…a  few.  My latest news is always 100 different things. I guess the most unusual is that I am working on a book with D.A. Roberts, which is amazing and exciting. It is a project that takes me back to my apoc roots. There will be a few other releases soon from me to include Extinction Island 2 from Severed Press, Hurt, from JEA, and a few anthologies.

I am working on a few other books: a gothic horror, another apoc type book, and about 5 other ideas. I have more ideas than I do time.

I do now. I make a little money and I do this full time. I have learned that I may not get rich doing this, but I but crossed over into a career from hobbyist a long time ago. I didn’t know that I had done that until maybe the 15th book released, but besides being a mother, being a writer is my identity and my job.

I challenge myself. In the genre of horror, there are many sub-genres and I am always pushing to try a book in every area I can. Ideas come easy to me, but finding the “keys” to pushing several elements together can be a struggle. With my Dinosaur 65 Million (trilogy), I mashed in dinosaurs (main theme), a deadly game show (to show human shallowness), German science, caving, and Norse mythology. It sounds like a lot of themes and as if they don’t fit together, but once I had the elusive “key”, they all fit perfectly together. I can read 5-6 books of research before I find the tiny key that I need but the second I find it, everything explodes for me. I write fictionalized true crime (Virgil MeLendon series) and it’s normal for me to read 2-3 entire cases (court documents) of evidence and testimony. I always have to find that magic “key”. In one, it was a line “one shot, one kill” that was the part I needed. So simple and yet, so complex.

Alice and Friends combined a kidnapping with a carnival, herbs, and insanity.

I liked psychology and teaching. I was interested in criminal law and forensic pathology as well. 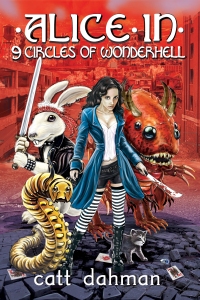 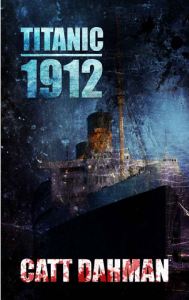 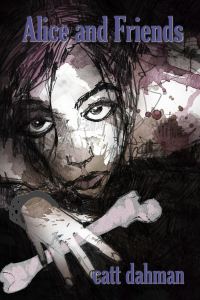