Where are you from I’m British. I originally came from Suffolk, but due to various things happening to me, I’ve ended up in South Wales

I have three children; Number One Son who is 14, Princess Talkative who is 9 and Princess Wriggles who is a year old. I usually refer to them as NOS, PT and PW when I mention them in my blog posts etc.

I’m engaged to a wonderfully creative and patient man who quite literally is The Other Half (TOH). We’ve been engaged since we met at University in 1995; eventually we’ll make it down the aisle, but until then, we are enjoying being together and having a family.

I don’t just sit at home writing though. I have a number of creative hobbies and I also volunteer as a Leader at Brownies and Guides. I’ve studied Art and Design at various levels; this led to me training as a Secondary School Teacher.

I’ve always written. I started with Enid Blyton Fan fiction when I was eight years old and experimented with freeform poetry, plays and journalism while I was in High School. As a teenager I wrote some very dark short stories and poetry; some of the latter was published in different anthologies.

I responded to an editor on a writer’s website we both frequented. She wanted an article on Pagan beliefs, so I wrote about my personal beliefs. It was published that month in a Pagan Webzine. She then asked me to contribute a story for the next month. It was the act of being asked to write something that made me feel like a real writer, even though at that point I wasn’t being paid.

I’d been reading David Eddings’ Rivan Chronicles and he made writing a book seem so easy… I know better than that now. I’ve re-written that particular book four times and I’m still not happy with it. I’m on attempt five now… maybe I’ll get it finished this time!

I write how I write. I don’t think in terms of writing styles, because what hits the page tends to be what my characters are talking about more than anything.

Fallow Moon by Suzana Wylie is a Vampire story with a twist. It’s also in the LGBT section and can get pretty hot under the collar sometimes. It’s intriguing enough to keep me hooked though.

I just finished Whispers Underground by Ben Aaronovitch. I love how his character sees the world and the humour in it is so wonderfully british; dry and witty with a hint of sarcasm – exactly how I like it.

Blue Hour Publishing just picked up my sword & sorcery series – “The Tower and The Eye”. It’s currently going through a thorough editing and polishing process, so it won’t be re-released until next year sometime.

I’m trying very hard not to start new projects; I have so many works in progress at the moment. My current aim is to finish the first drafts of “The Secret of Arking Down” series – I’m working on The Dragon’s Pendant at the moment which is the next book that I want to publish.

The rough stone columns shivered and fragments of the barely visible ceiling dropped onto the floor, shattering the already cracked red tiles.

“There is no point in struggling, Lady Gelieria.” A silky, cold voice floated out from the shadows.

“You won’t get away with this.” Gelieria growled, pulling against the chains that held her to the columns.

“On the contrary, I have already succeeded in my aim.” A tall man cloaked in red satin stepped out of the shadows, laughing, the sound echoing through the pillars . “Without you, the King is vulnerable.”

Behind him, a pair of massive hounds appeared, their smooth coats shining in what little light penetrated from the distant windows. The man snapped his fingers and the animals loped to his side, their heads brushing his shoulders in greeting.

He laid a hand on the hound to his right. “Now, where is it?”

“The King is far stronger than you think.” Gelieria hawked and spat at the man. The green – blue phlegm flew through the humid air and splattered against the floor. It hissed and boiled, sinking out of sight quickly.

The man shook his head. “Tut, now that’s no way for a lady of your stature to behave, Lady Gelieria, even if you are a dragon.”

She glared at him and took a deep breath. “Who did this for you? You’re unable to pass through the enchantments on the Fire Portal, so you must have had help.”

He laughed again. “You never were a slouch when it came to solving mysteries, I suppose that’s why they made you the King’s Protector.”

Footsteps echoed through the odd room and the red cloaked man hissed. “You aren’t supposed to be here yet.” He said, turning to confront the new arrival.

“I have more important things to do than wait for you to finish gloating, Prince Apollyon.” The man wore a dark green, deep hooded cloak that masked his face in shadows.

Apollyon took a deep breath to calm the anger surging through him and smiled. “Of course, I can understand your need to hurry. Take the hounds back to Dracyria with my compliments. They will hunt no one, but the Faraday Clan. Send word by them when you have removed the King.”

The green cloaked man bowed his head. “Thank you, your Highness.” He glanced at the colossal purple and silver dragon chained to the columns. “What will you do with her? If she is killed, another Faraday will simply take her place.”

“Worry not.” Apollyon waved the question away. “Take care of the king. That is your side of this bargain.”

The other man nodded and looked at the hounds. “They are huge animals. Will I need to collar and leash them?”

One of the hounds growled. Apollyon laughed. “They are far too intelligent to treat as normal animals. Whistle to call them and just tell them what to do. They will take it from there.”

The other man shook his head. “It will look odd if they don’t have collars at least. Questions may get asked.”

Apollyon snapped his fingers and collars formed around the hound’s throats, a badge hanging down from the thick green leather bands. “They now bear your device. If anyone asks, you have been training them in secret and they will respond only to your voice.”

The man bowed. “I shall do as you have requested.” He whistled and the hounds rose. He turned and walked out of the hall, the hounds following him without a backward glance.

The covers for “The Tower and The Eye” series were created by Elizabeth Bank of Selestiale Designs. I’m working with another Graphic Artist, Rebecca Poole, in the summer of 2015 for “The Secret of Arking Down”. I also have a third artist in mind for a revamp of my A. E. Churchyard books.

Writing is a career, a passion and an irritation.

I’d like it to become a career, but I can’t see myself being able to give up the day job anytime soon!

Design Jewellery and other personal products. That’s what I studied at university… I ended up in Teaching because I couldn’t get a design job.

I have a whole raft of them. I design and make Jewellery, knit jumpers and other clothing, make Sweets and bake Cakes / biscuits. I do Glass Painting, Pyrography, draw and paint, sculpt Fimo…

I pick up all sorts of things from books. I’ve tried embroidery and cross stitch in the past, made stuffed toys, sewn aprons and made fabric brooches. I quite fancy having a go at felting, batik, and silk painting… basically anything crafty!

My blogsite is called “The World of the Teigr Princess”.

It’s a repository of all things to do with me, so I don’t just talk about writing on there – I mention my family, my battles with Depression, the problems my kids have; especially the ones who have Aspergers, my crafting and baking…

I try to keep it upbeat and interesting, because if I lose interest in it, then my readers will as well. There is a section about each of my Pen Names and the books that are published under them, a section with some stories that I will never publish for money; they’re mostly Dr Who Fanfiction… 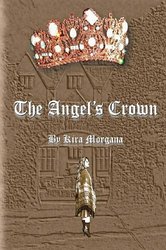